2020 Wrapped on Spotify launched on Dec. 1. If you have a Spotify account, you can view yours on the mobile app.

In 2015, Spotify came out with a brilliant end-of-year marketing campaign: Year in Music. We’ve since been blessed annually on Dec. 1 by what was officially rebranded in 2017 as Spotify Wrapped, where the company takes users’ listening data from Jan. 1 to Oct. 31 and compiles it into colorful graphics for them. They come in an Instagram story-like form, and are sharable to major social media platforms such as Facebook, Twitter, and Instagram. For many people, myself included, it came as a pleasant surprise, especially as the pandemic has overthrown the typical holiday schedule.

As a Premium user with 24,617 minutes on Spotify, junior Zakariyya Scavotto enjoys both the platform and the Spotify Wrapped feature.

“I think [Spotify is] a really good platform for music… you can go make your own playlists, you can do pretty much whatever you want on it, so that’s nice,” Scavotto said. “I wouldn’t say that I was looking forward to [Spotify Wrapped], like counting down to the New Year, but [Spoify said], ‘Go and check out your Spotify Wrapped,’  and I [was] like, ‘Ooh, nice.’”

With Spotify Wrapped, users can view their top artists, songs, and genres. It also provides some numerical data on minutes spent on Spotify and more specifics like plays on a user’s top song, among other functions. It also autogenerates three playlists: Your Top Songs 2020, Missed Hits, and On Record. Between these, users can listen to top songs, as the first playlist’s name suggests, and other recommendations related to what they listened to throughout the year. For users that were previously eligible for Spotify Wrapped, it’s possible to view past “Top Songs” playlists to see if, and how, their music choices have changed over the years.

“I like the Spotify Wrapped playlist because it’s obviously [going to] have my favorite songs from the year, so it’s nice to have it all in one place,” sophomore Aashna Johri said.

According to Every Noise At Once, there are currently 5,071 genres on Spotify, with 430 distinct genres containing the word “pop.” In a poll of 384 Jefferson students, 20 genres were represented, ranging from pop to heavy metal. The most common top genre was pop, with 177 students.

“Pop’s a very wide genre. My top five genres were all [types of] pop,” Johri said. “I like that I can see everything I’ve listened to… It’s my favorite artists and like, ‘Yes, I streamed them, happy I did that.’”

Junior David Zhao had 40,357 minutes on Spotify; his top genre is k-pop. He has been able to view his Spotify Wrapped for two or three years.

“I like [Spotify Wrapped]; I like to see the statistics of my year and how much music I listen to and which artists,” Zhao said. “Each year I look forward to it.”

Senior Andrew Hadikusumo had 25,252 minutes on Spotify this year, and his top genre was also k-pop.

“I think it’s a pretty interesting way to see what music you’ve listened to the most this past year. It surprised me how much I listened to certain songs and which songs I thought I listened to more,” Hadikusumo said.

Senior Anson Tran joined Spotify in August and racked up an impressive 16,539 minutes between then and the end of October. His top genre was Electronica, although he spends most of his music listening time playing classical music on YouTube. As a first time user of Spotify, he found the feature unexpected but fun.

“A lot of people really don’t care what others listen to, but I think it’s cool to look at my friends’ music tastes and favorite artists. I also feel like it’s fun to look at data about yourself, especially when it’s packaged in an accessible way,” Tran said. “I wasn’t consciously anticipating it, but I had fun looking at it.”

Like many others, he found it strange how Spotify limits its data period.

“I don’t know why they stop counting listens after October; I think they should count the whole year,” Tran said.

A sizable number of Jefferson students also don’t use Spotify.

“My family has [YouTube] Premium and it already comes with its own music platform. The family plan just saves money overall compared to Spotify. Plus, YouTube also [allows users to listen to] user-uploaded content,” sophomore Sam Gwon said.

“I’ve wanted Spotify for a while, so I definitely think it’s a possibility that I might choose to get it sometime. In general, the platform is really good for listening to music, so I would definitely consider it,” freshman Mihika Dusad said.

Many people have reported changes in their listening activity due to pandemic-related lifestyle changes, possibly altering the results of their Spotify Wrapped. With 16,330 minutes on Spotify, Johri believes her numbers were lower than they would have been pre-pandemic.

“I think I actually ended up listening to less music because I didn’t have my one hour bus rides everyday, which is when I listened to music the most. During COVID I feel like I started just using more YouTube and Netflix,” Johri said.

As it turns out, Spotify Wrapped isn’t the only way to look at a user’s listening data. By signing in with a Spotify account, users can use Stats For Spotify (statsforspotify.com) to take a different look at their statistics. Stats For Spotify’s most noticeable difference is that it takes most recent listening data and updates constantly, whereas Spotify Wrapped statistics are calculated once every year.

For some, there isn’t much of a difference between their Spotify Wrapped and Stats for Spotify data/results.

“[Stats For Spotify] seems pretty accurate and similar to my Wrapped,” Zhao said.

For others, the two platforms give dramatically different results. For users who find that their music tastes have shifted since October, this isn’t surprising.

“[Stats For Spotify] has given me different results. I’ve no idea which is right, but they both seem to be generally accurate,” Tran said.

The general consensus is that Spotify Wrapped overall is quite accurate to listeners’ music tastes.

“I think it’s pretty accurate when it comes to genre and top artists,” Hadikusumo said.

Although most listeners at Jefferson are satisfied with Spotify Wrapped, it isn’t perfect. Some wanted to see more specific statistics in existing categories.

“Maybe make it 10 artists and songs instead of 5. That way it’ll be slightly more comprehensive,” Hadikusumo said.

More specifically, others wanted to see more depth in the numerical data.

“I would like to see how many minutes I listen to for each of the top artists and not just the top one,” Zhao said.

Others wanted to see more diversity in the statistics that were provided.

“Considering how large of a company they are, I feel like they could be a little bit more detailed in their statistics and expanding on what they… show you as a summary of… the past year. They cover like top genre, top artists, top songs, but they could probably get more done than that,” Scavotto said.

Another minor (and odd) issue is the inability to view the graphics on a computer. It’s not entirely clear why only mobile users can view their Spotify Wrapped, but hopefully in the coming years all users will have access.

For laughs, this year “The Pudding,” a group of journalist-engineers who create visual essays on topics from music and entertainment to social issues, got in on the Spotify Wrapped fun this year. They created an artificial intelligence (AI) bot judging users’ music tastes with enough snark and sarcasm to put me to shame. I tried it out after someone suggested it to me, and I have absolutely no regrets — I ended up getting other people on board, too!

2020 Wrapped has appeared successful overall, which is a sentiment I thoroughly agree with. It may have caught many of us by surprise, but it’s still greatly appreciated. Of course, there were improvements that could be made to the feature by Spotify — perhaps we’ll see them arrive in coming years. Other groups have also created their own listening data analysis features to complement Spotify’s native ones, which can add to the fun and excitement. In any case, in a year as turbulent as this one, we are happy to have Spotify, and music in general, still with us. 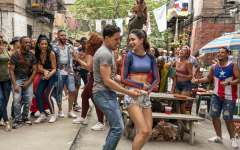 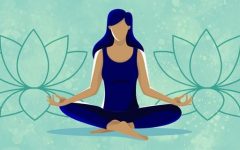 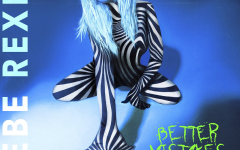 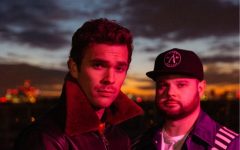 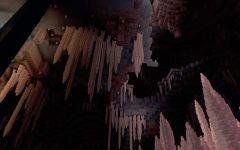 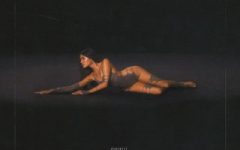 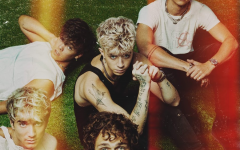 “The Good Times and The Bad Ones”: Why Don’t We’s emotional reflection on 2020 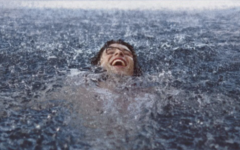 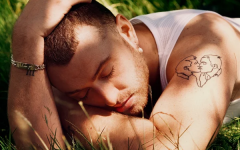 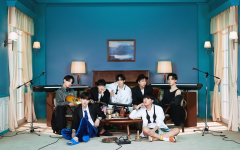