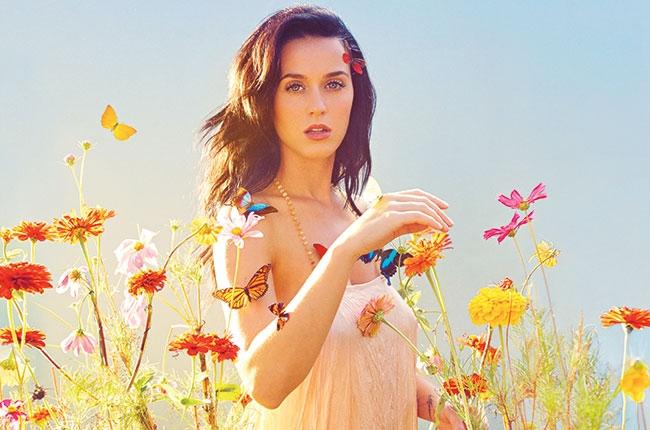 From Justin Timberlake finally returning to the scene to Miley Cyrus continuing to destroy the remnants of her girl-next-door image and from the sudden rise of an eccentric teenage Lorde to Beyoncé’s sudden album drop in December, 2013 was a big year for the music world. Though these songs may not be our personal favorite releases of 2013, we handpicked the best of the top hits that have been constantly replaying on our radios and stuck in our heads.

A haunting addition to “The Great Gatsby” soundtrack, Lana Del Rey’s “Young and Beautiful” is one of the best songs of the year, a stark contrast to the club anthems that were released this year. The song rose to its highest at 22 on the Hot 100 and is nominated the Best Song Written for Visual Media for the Grammys.

Written in the perspective of Daisy Buchanan, the love of Jay Gatsby, “Young and Beautiful” is poetic and chilling, as Del Rey repeatedly croons, “Will you still love me when I’m no longer young and beautiful?” The desperation is clear in her voice against the urgent orchestral strings. Ethereal and elegant, “Young and Beautiful” demonstrates that themes of aging and fleeting beauty can still resonate with the public.

Inspired by the Roman town known by the same name that met its fate with the eruption of Mount Vesuvius, Bastille’s song “Pompeii” is carried by an almost tribal-sounding drum sequence, some chanting and the beautiful voice and lyrics of the band’s humble lead singer Dan Smith. Holding the record for the longest time at number one on the Official Streaming Chart and remaining there for seven weeks, the song reached number one in Ireland, peaking at number two in Italy and the U.K., and the top ten singles in many other countries as well.

While Bastille is used to being a bit different from the norm, their video which takes place in an American ghost-town where the inhabitants reveal completely black eyes serves to not only creep out Smith, but also the audience. Definitely adding to the popularity of the song, the video was as unique and distinctive as the song itself.

What does the fox say? The question has been on our minds for months as we pondered the answer to Ylvis’s huge hit, “The Fox.” Originally released to promote the new season of the comedy group’s talk show, the song unexpectedly became a viral hit on the Internet, spawning memes and parody videos and the music video garnering over 311 million views on YouTube.

With nonsensical lyrics and an addictive beat that can be found in any club song, “The Fox” doesn’t take itself too seriously, making it even more hilarious as Ylvis deadpans and shrieks to mimic a fox during the chorus. Though it was silly, the song was a good way to have fun without trying too hard to relate to the “club life.”

On Dec. 13, Beyoncé suddenly released her fifth album, which consisted of 14 songs with respective music videos, and the public went crazy, welcoming the return of the “Queen B.” “Drunk on Love,” featuring husband rapper Jay-Z, is one of the two singles released from the album, titled Beyoncé. The song reached number 12 on the Billboard’s Hot 100 and is one of the more popular tracks on the album.

“Drunk on Love” could be seen as a follow-up to “Crazy in Love,” which Beyoncé  and Jay-Z released in 2003, but it is certainly more powerful. One interesting element of the song is Beyoncé’s rap, which is more impressive than expected as she is nearly effortlessly on par with her husband. With rather heart-pounding trap beats, shimmering futuristic effects and Beyoncé’s soaring vocals, “Drunk on Love” is one of the most unique top hits of the year.

A mix of electropop and Eurodance reminiscent of Lady Gaga’s first studio album “The Fame,” “Applause” portrays Gaga’s dependency on her fans’ adoration. Becoming Gaga’s 12th top-ten single in the United States by peaking at number four on the Billboard Hot 100, this new single reached number one in several countries around the world including Greece, Spain and Lebanon.

Though Gaga attempted to promote the record through her performance at the 2013 MTV Video Music Awards and the dramatic and colorful eye makeup employed on the single’s cover art as a promotional tool on the day of the album’s release, the song would have reached worldwide audiences without her persuasion as many people around the world would connect to the vocals and lyrics. This song surely deserves a round of applause.

Serving as the lead single for her fourth studio album “Prism,” Katy Perry’s “Roar” calls for self-empowerment and for people to stand up to themselves, a refreshing change from many other top hits. The song became the Perry’s eighth non-consecutive number one song on the U.S. Billboard Hot 100 and peaked at number one in various charts around the world from Australia and Canada to Scotland and the United Kingdom.

The music video which portrays Perry making her way out of the ruins of a gruesome plane crash alongside her worthless, egotistical male companion and becoming one with nature as she swings from vines and reigns supreme as the queen tigress of the jungle. Adding to the songs popularity as many of Perry’s other videos have over the years, the song and video earned Perry a top spot in this year’s top hits.

The introductory song on Jay-Z’s twelfth studio album “Magna Carta Holy Grail,” “Holy Grail” featuring Justin Timberlake opens up with what sounds like a Timberlake ballad before shifting into a stuttering rap of Jay-Z. The song contains many elements of Nirvana’s 1991 hit single “Smells Like Teen Spirit” and topped many charts around the world, reaching number four on the US Billboard Hot 100 and number seven in the U.K. Singles Chart.

By accentuating the strengths of both artists, through Timberlake’s light, youthful and warm voice that can be seen in many of his hits and especially in his introductory solo and Jay-Z’s rapping skills, the song brings together the two artists to form a top hit.

Continuing to shed her wholesome girl-next-door image of Hannah Montana with provocative hits like “We Can’t Stop,” Miley Cyrus released the second single, “Wrecking Ball,” which is surprisingly more personal than expected after the party atmosphere of her first single. “Wrecking Ball” reached number one on Hot 100 of Billboard’s as well as other international charts.

Cyrus’s heartbreak over a failed relationship, possibly stemming from her high-profiled split with actor Liam Hemsworth, is evident as she pours her heart out to this power ballad, belting the powerful chorus, while crooning gently during the verses with her slight country twang. Though elements of her controversial music video may raise eyebrows, Cyrus was able to produce a heavy and heartfelt counterpart to the party-heavy “We Can’t Stop” this year and prove that she can spawn radio hits that come from the heart.

With her husky and mature voice over a minimalist addictive beat consisting of snaps, New Zealander Lorde took the music world by storm with her debut single “Royals” — especially at the impressive age of 16. The song shot up to number one on many worldwide weekly charts, such as the U.S., Canada, Italy, Ireland and New Zealand, has been constantly on replay at radio stations and is nominated for Record of the Year of the 56th Annual Grammy Awards.

Pointing fingers at materialistic world that current day hip-hop rappers and singers advertise, Lorde has managed to produce one of the most addicting yet profound songs of the year, proving that songs don’t have to be about drugs, sex and money to be relevant or popular.

After a six-year hiatus from the music world, Justin Timberlake returned with a well-rounded album, The 20/20 Experience, that performed well on the charts. Though “Suit & Tie” was a monster hit, “Mirrors,” equally popular, is a more heartfelt pop ballad with elements, such as the R&B influences, catchy handclaps and Timberlake’s signature falsetto, that make it radio-friendly at the same time. The song also did well on the charts, climbing up to number two on Billboard’s Hot 100 and number one in numerous countries.

With genuine lyrics, such as “’Cause I don’t wanna lose you now/I’m lookin’ right at the other half of me,” we felt Timberlake’s conviction to return to his lover after a period of uncertainty. “Mirrors” proved that a simple love song can move the hearts of millions.

The powerful, well written song allowed the simple and straightforward vocals from Pink and Nate Ruess of the group fun, to shine through and create an incredible song that lays out the emotions behind a wish for reconciliation in a relationship but doesn’t provide easy answers. The addition of the simple piano based production ensures that every word is clear and the emotional tone of the voices is heard, creating the perfect capture of the emotions and thought behind the song.

With the meaningful words varying from “just a second we’re not broken just bent/we can learn to love again” to “it’s in the stars/it’s been written in the scars of our hearts,” the lyrics cause the meaning of the song to become clear and the song itself to become that much more powerful.

With every second of the 4:09 song is filled with the sweet sounds of an acoustic guitar from Incubus’ Mike Einzinger or the vocals of Swedish DJ and music producer Avicii, “Wake Me Up” was a hit single around the world with its moving lyrics and incredible vocals. Described as the “summer anthem” by Variance Magazine, the song managed to peak at number four on the Billboard Hot 100 in the United States and reaching other top ten spots in various countries around the world.

Breaching genre boundaries with this single, Avicii created a song that would work equally well in a contemporary dance club and as the soundtrack for country line dancing. The catchy beat and incredible lyrics adds to the effect of the song and allow people around the world to rock out to the unique tune that could never get old in a club.

Channeling old-school disco yet somehow sounding futuristic at the same time, the French duo Daft Punk has produced one of the best songs of 2013 with “Get Lucky” featuring Pharrell Williams, who is on a roll with featuring on some of the top songs this year. The song has hit the top of the charts in many countries and is nominated for Record of the Year of the 56th Annual Grammy Awards.

Spawning a number of fun covers, including the “Evolution of Get Lucky” that creatively remixed the song with characteristic music styles of every decade in American music, “Get Lucky” was a song we couldn’t get out of heads. By creating a song of funky beats, awesome guitar riffs provided by Nile Rodgers and lyrics easy to remember, Daft Punk was certainly lucky with this record.