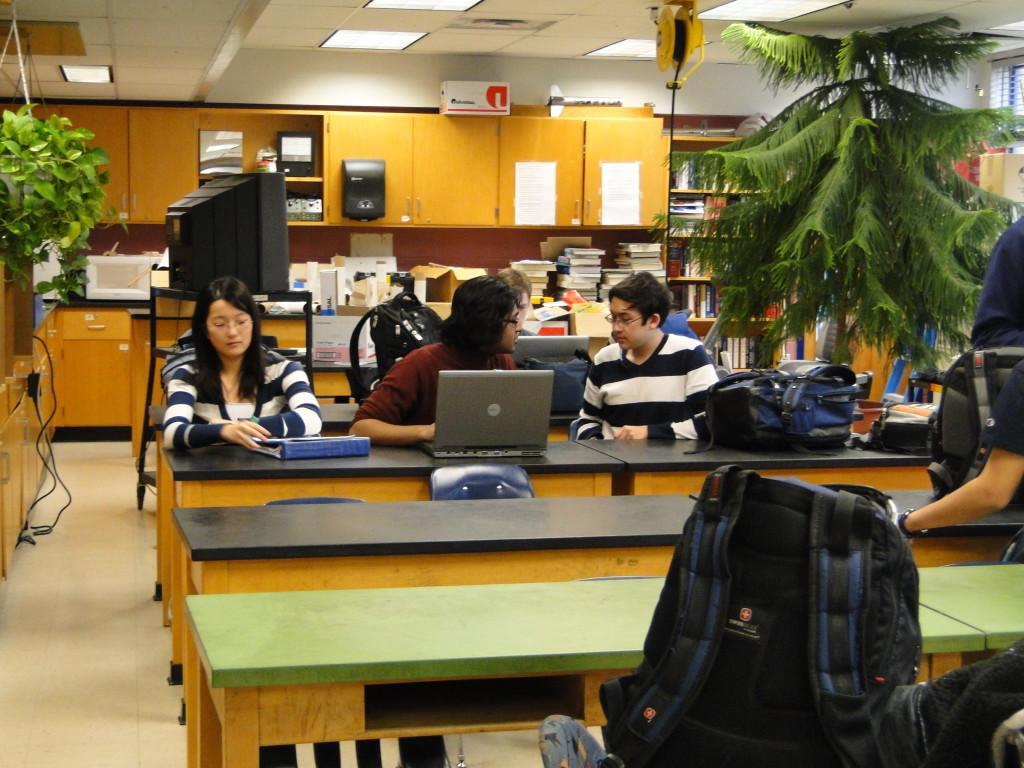 Twenty Jefferson semifinalists are competing for the chance to represent the United States this year in the International Physics Olympiad, or IPhO, in Tartu, Estonia.

Each year, the IPhO competition begins with the F=ma physics exam in early January. From this, approximately 400 of the top scorers are added to a semifinalist pool. This year, Jefferson set a new record for number of qualifying semifinalists taking part in the final exam.

Semifinalists studied and continue to study with past exams, textbook problems, and other resources, including MIT Open Course Ware materials in the case of junior Kalki Seksaria.

In May, the top 20 scorers will participate in a 10-day “boot camp” at the University of Maryland to get primed for the competition. Of these 20, five are selected for the International Travelling Team that competes in Estonia.

Physics team sponsor Duncan Forbes says that the team’s continued success can be attributed to their overall dedication. Many members meet during eighth period as well as outside regular school hours.

Forbes is confident about placing students on the international team. “There’s a decent chance,” he said. “Some of our guys are pretty good.”