Students from every grade level participate in school level finals 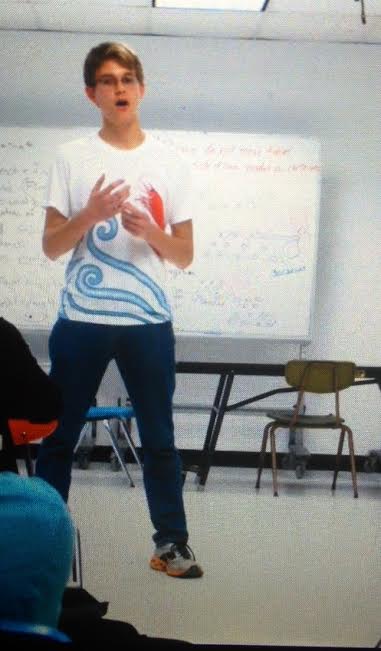 Junior Pegah Moradi came in first place at Jefferson for the Poetry Out Loud competition. The finals took place on Dec. 6 during 8th period B block. She recited “Passing” by Toi Dericotte and “Broken Promises” by David Kirby, which was her original poem for the class and grade level competition.

“I just really liked the way the lines flowed together and I felt like I could work with it really well,” Moradi said.

She selected “Passing” because of its contrast to “Broken Promises” as her second poem required for the school competition.

“I chose ‘Passing’ because I felt like it made a statement on race relations and the way we see colored people and I felt like it contrasted the way I displayed anger in broken promises, because to me, ‘Passing’ had a slight wry, humorous tone,” Moradi said.

“I was really acting out the poem like a monologue while everyone else was more typically reciting poetry,” Scoggins said. “I talk a lot with my hands, which most other people didn’t seem to do.”