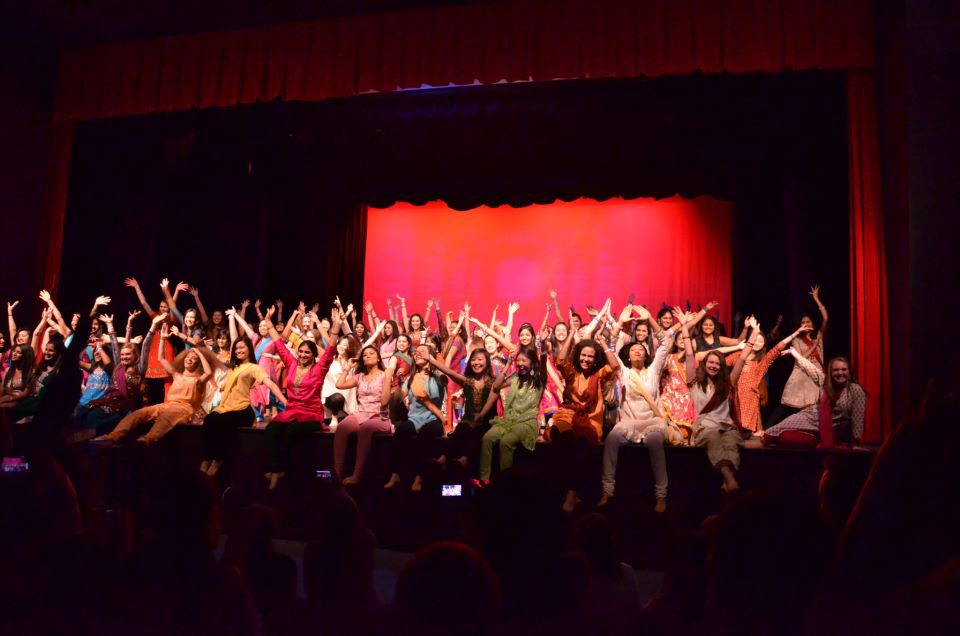 Namaste Senior Girls conclude their dance during I-Nite in the spring of 2013. Every year, I-Nite is a large event in the Jefferson community.

“I honestly don’t have a favorite style of dance because each style has its own distinct feel to it. They’re incomparable,” senior Soumya Mishra said.

Other kinds that are going to be performed by the senior girls include Bhangra, Classical and Contemporary. While it is not uncommon for culture clubs to begin practicing for I-Nite far ahead of the February performance date, Namaste is one of the organizations that begins the earliest.

“The reason we usually start so soon is that our act is incredibly large—over 120 people,” Mishra said. “It takes a lot of time to not just teach but rehearse and make every dance the best it can be.”

Namaste, the culture club that organizes I-Nite every year, includes many dances throughout the performance after its initial opening act. Though Namaste is a large club at Jefferson, its numbers swell historically during I-Nite preparations as many people in the senior class join in for at least one dance.

“I started Namaste I-Nite in my junior year because I had heard how much fun it was,” senior Vaidehi Patel said. “I wanted to know what I was missing out on.”

This year, there is a possibility that I-Nite will be hosted outside of jefferson, due to the large audiences the performance has drawn in past years. Instead of its traditional two performances, Namaste officers are also considering combining the entire show into a single production.

“My favorite part of I-Nite is the practices. The performance is great and I love seeing how all our hard work pays off, but the practices are the vast majority of the I-Nite experience,” Mishra said. “They keep you busy and its great to just dance and have out with your friends.”