ASL spreads awareness of sign language in preparation for I-Nite 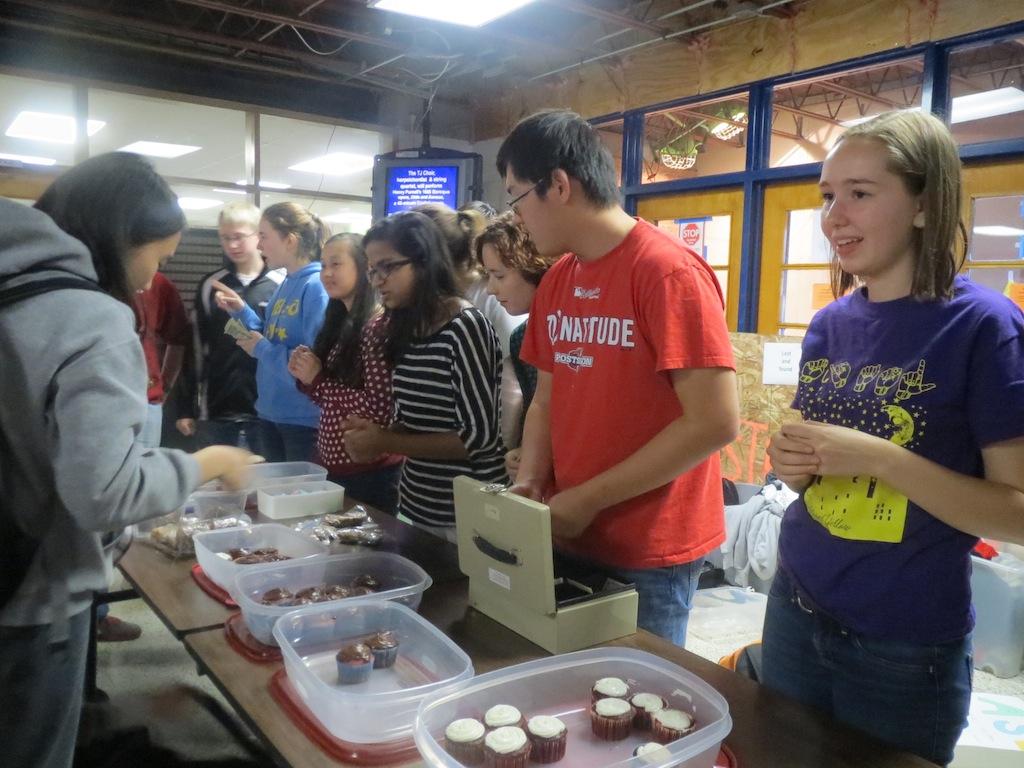 Meyers works to raise money for the American Sign Language Club at a bake sale held before eighth period.

Jefferson’s American Sign Language (ASL) club is a unique eighth period activity that deviates from the norm of other language clubs by fosteringthe use of sign language to students. This year, just like the years before, the club is hard at work preparing a routine for International Night (I-Nite), which will take place in February.

“The ASL club is dedicated towards the teaching and learning of American Sign Language to anyone and everyone,” senior Josh Chung, the president of the club, said.

The club has been rehearsing for its upcoming I-Nite performance since October, in which the members will incorporate sign language to “Stronger” by Kelly Clarkson and “Radioactive” by Imagine Dragons. Last year, the club performed the American Sign Language version of Coldplay’s “Yellow.”

Because of the complexity of the movements coordinated with each word of the songs, the majority of the preparation for I-Nite this year has taken place during eighth periods. During these blocks, members of the club have the opportunity to learn the language as well as prepare for the upcoming performance.

“We have been spending all meeting time learning the songs,” junior Maddie Meyers, one of the I-Nite coordinators, said. “Currently, we are emphasizing the importance of clarity when signing and facial expressions.”

To get ready for I-Nite, the club is also raising money through bake sales to afford glow-in-the-dark gloves that will be used during the performance and support its service project week, in which the club aids a school for the deaf in the Dominican Republic.

“I knew I wanted to join ASL the second I got into Jefferson, because I have always been interested in helping kids with special needs,” Meyers said. “I hope that the members start to appreciate and learn about deaf culture and the importance of ASL.”