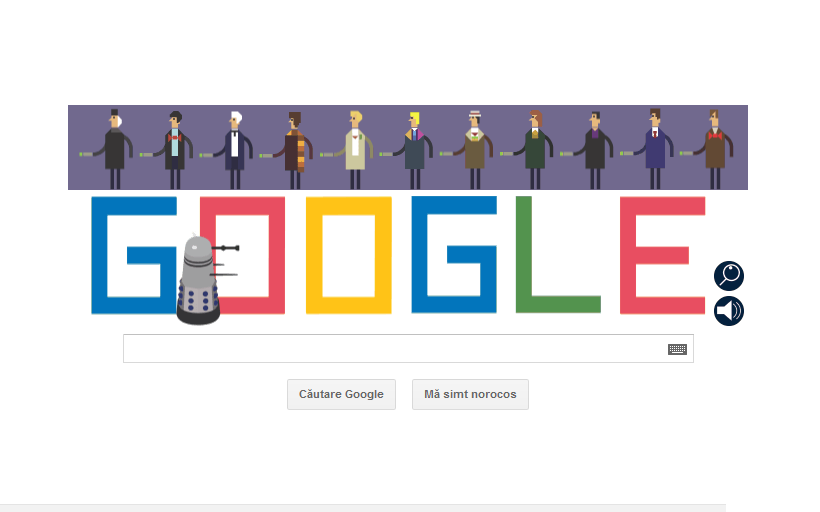 Doctor Who's Fiftieth Anniversary Google Doodle was an interactive game complete with six levels and animations of all incarnations of the Doctor. Photo courtesy of www.google.com/doodles.

Everyone has seen the Google Doodles that the namesake web browser devises for every holiday, event or historical figure’s birthday. These Doodles can be in the form of a festive and interactive creation produced for holidays or entertaining events, such as Thanksgiving’s animated woodland tale or Doctor Who’s 50th anniversary interactive game, or educational and beautifully created masterpieces to signify a historical figure’s birthday. Whether they take the form of a game, or simply an image on the screen, these Doodles allow people to learn about the past and appreciate holidays and events that occur around the world throughout the year

The days, however, that should be celebrated, remembered or commemorated the most, such as Orange Day, the Secretary General’s UNiTE to end violence against women campaign day, the Sept. 11 twin tower attacks or even Cancer Week are simply given a small crest at the bottom of the homepage, where you can scroll over it to see what it represents, if you even realize it is there in the first place.

While having a small crest is better than nothing, these crests can be overlooked, ignored or simply not seen as they are not as evident as the Google Doodles for other holidays and events are. Unlike the Doodles that are at the front and center and attract your attention right away, spiking your curiosity to draw your mouse over it and see what the Doodle represents, these crests simply lie at the bottom of the screen, unnoticed, forgotten and disregarded, just like the holidays and events they represent.

While some people may argue that the Google Doodle is meant to depict special holidays, fun anniversaries and exhilarating events, with a playfulness and liveliness that would be unfit for more serious events, these events still need their recognition, in the form of a solemn or dedicatory Doodle.

Other people also claim that the ribbon is a more respectful way for Google to show support for an event rather than plastering its image across every page in the form of a novelty Doodle, but they seem to be forgetting that these Doodles get attention, which is exactly what days that spread anti-bullying, cancer and violence awareness need.

Though an interactive or flamboyant Doodle may not be necessary or fitting for the more solemn and serious days, a Doodle of some kind, even a simple alteration of the letters, would draw attention to the day and cause media support and coverage of the important days.

Entire articles are dedicated to the artistic and innovative Doodles seen on Google’s home page, yet none seem to speak of the days with crests at the bottom. That is exactly why Google needs to honor these days with a Doodle of their own. To spread awareness, to show the world and to remind people that these problems exist, and that not all that happens are fun events and holidays.