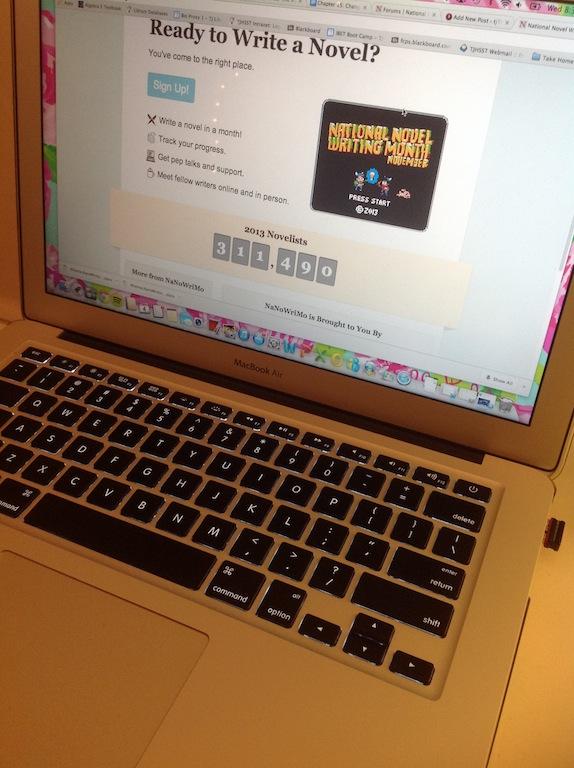 Students participating in National Novel Writing Month during the month of November brought their laptops to designated eighth periods to write.

The challenge was to compose a 50,000 word novel in one month’s time- Is it impossible? No. Is it incredibly difficult for a high school student to accomplish? Absolutely.

During the month of November, Jefferson students participated in National Novel Writing Month (NaNoWriMo), an event which encourages young teenagers to compose their own 50,000 word novel in the short span of one month.

“I decided to do NaNoWriMo because I had an idea for a novel, but I thought that I would never finish it,” sophomore Max Pabilonia said. “I was really inspired when I found out that people have actually completed NaNoWriMo before and lived to tell about it.”

The goal behind NaNoWriMo is for students to develop their style of writing. After the month has elapsed, they may or may not choose to try and find a publisher. Eighth periods were held all through the month of November for students to find support for their writing, bringing their own laptop.

Students also were able to find support on the NaNoWriMo website, where they tracked their progress each day, logging in the number of words composed each time they worked on their novel. At the end of the month, many Jefferson students found that they were able to complete their novels.

Pabilonia plans to publish her novel in the future, a science fiction piece about a girl who finds out she is an “earth keeper,” or a descendant of a genetically modified race of human beings. This elite race has the ability to choose to activate their powers and join an organization to help save the world.

Sophomore Joyce Hong also completed the NaNoWriMo challenge by exceeding the 50,000 word goal. However, Hong is not finished with her novel and plans to continue writing after the month has elapsed.

Hong is writing her novel about a girl whose brother goes missing. While in his room, she finds a secret pathway that she follows in hopes of finding him.

“I really like creative writing,” Hong said, “I’ve had a few plotlines and characters sitting around but I never had motivation to really write anything. I took NaNoWriMo as an opportunity to get motivated.”