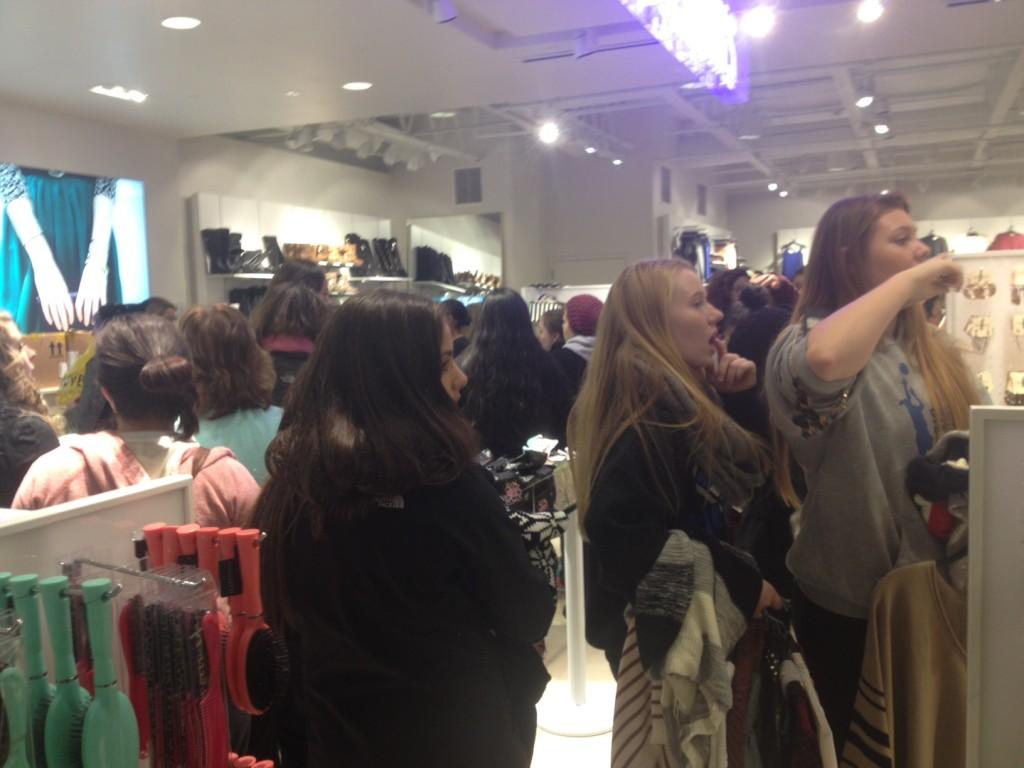 The story of eager shoppers searching for the best deals on the Friday after Thanksgiving is an old one. This day, known as “Black Friday” by most, is when stores move from the “red ledger” of paying off their expenses to the “black ledger” of profit. “Black Friday” along with “Cyber Monday,” Black Friday’s online counterpart, are often when many people do the majority of their shopping for the holidays, especially presents for Hanukkah and Christmas.

In the past few years and especially this year, however, “Black Friday” has been coming early. Many major department stores opened their doors as early as 6 p.m. in order to maximize their profits and were mostly open all night. Major stores that opened on Thursday evening included Wal-Mart, Kohl’s, Target, Best Buy and Macy’s, all of which were open all night and through the next day. The department store K-mart opened even earlier at 6 a.m. on Thanksgiving in order to be open for 41 hours straight.

While many people threatened to boycott stores opening on Thanksgiving, and in some states it was even illegal, it can be good for American shoppers. Department stores being open on Thanksgiving allow stores to offer more and better deals for a longer period of time than traditionally available. Consumers who choose not to celebrate Thanksgiving and even those who do can take advantage of these offers.

Some are concerned that employees of these companies will be unable to spend time with their families on Thanksgiving. However, employees that do not celebrate Thanksgiving have the opportunity to make time-and-a-half, double, or even triple pay. In an economy in which times are tight, this extra pay can be crucial to employees. For example, at Wal-Mart an employee working from 8 p.m. on Thanksgiving to 8 a.m. the next day makes triple pay. An employee working these hours would even be able to spend time with their families beforehand. Employees can be greatly benefited by these new policies.

So consumerism won out in department stores across America; however, this is not necessarily a bad thing. For some, Thanksgiving is an important tradition that cannot be ignored. For others, it is not as important and these people have the right to work or shop on that day. Stores opening on Thanksgiving answered the demands of the American people to work and shop on that day, and that is a good step forward for the American consumer.