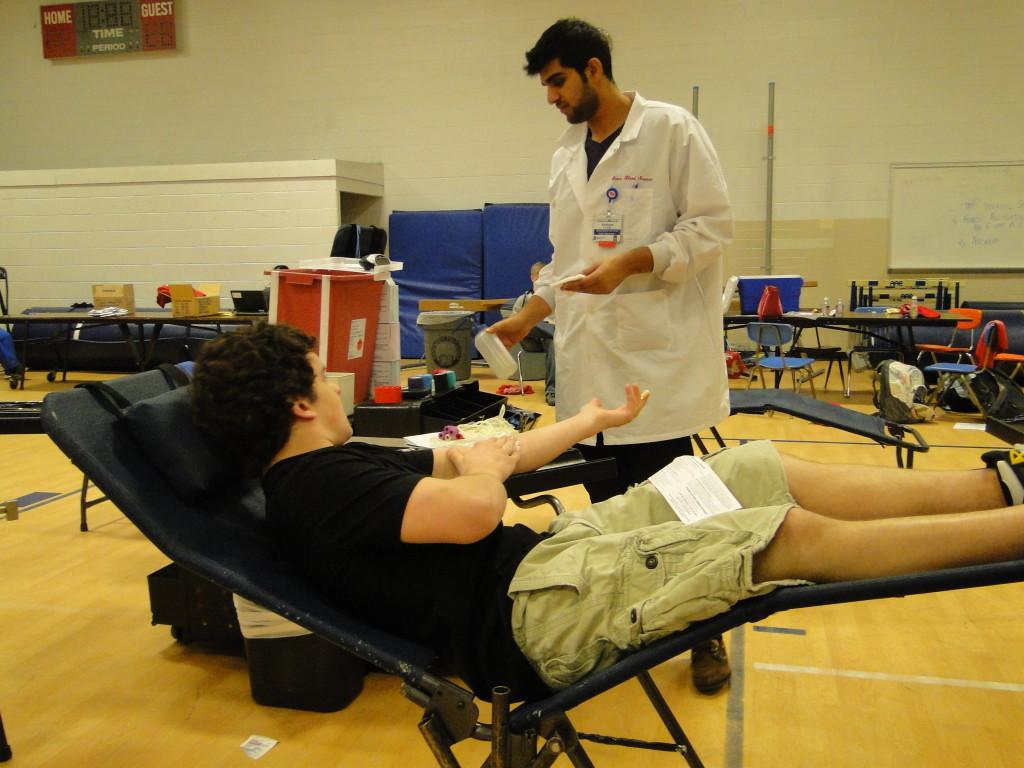 No longer was Gym 2 an ordinary gym but a clinic buzzing with excitement. Machines were set up against the far back wall. Numerous students reclined back on foldable blue chairs as their blood was being drawn, while others were checking their blood pressure and determining iron levels. Even a small group of waiting students animatedly discussed their blood type.

On March 2, Jefferson’s Key Club worked in conjunction with INOVA Blood Donor Services for the blood drive at Jefferson. They received 74 units of blood.

“There’s a lot of positive energy here, and people are generous and willing to give,” said club sponsor Suzette Henry.

Students were excited to donate.

Junior Kyler Blodgett also said, “It’s the best way to give back to the community because you don’t lose anything at all and help others so much.”

You also had the option to donate double the regular amount of blood, which involves being hooked up to a machine, ALYX. This was no pleasant task, but for students such as senior Benjamin Torczon, they welcomed it with open arms.

“My dad does it,” said Torczon as he was lying back with thin tubes, filled with deep red blood, spiraling from his arm to the machine. “I look for ways to better the world. I know there’s a need, and if there’s a hole, I fill it.”

In fact, according to senior Matt Baron, president of the club, that surpassing the set goal of donations of 64 by 10 was ultimately due to an unusually large portion of double donations.

“Every donation helps two to three people in need of a blood transfusion, so it’s great to see so many TJ kids helping the community and saving lives,” Baron said.