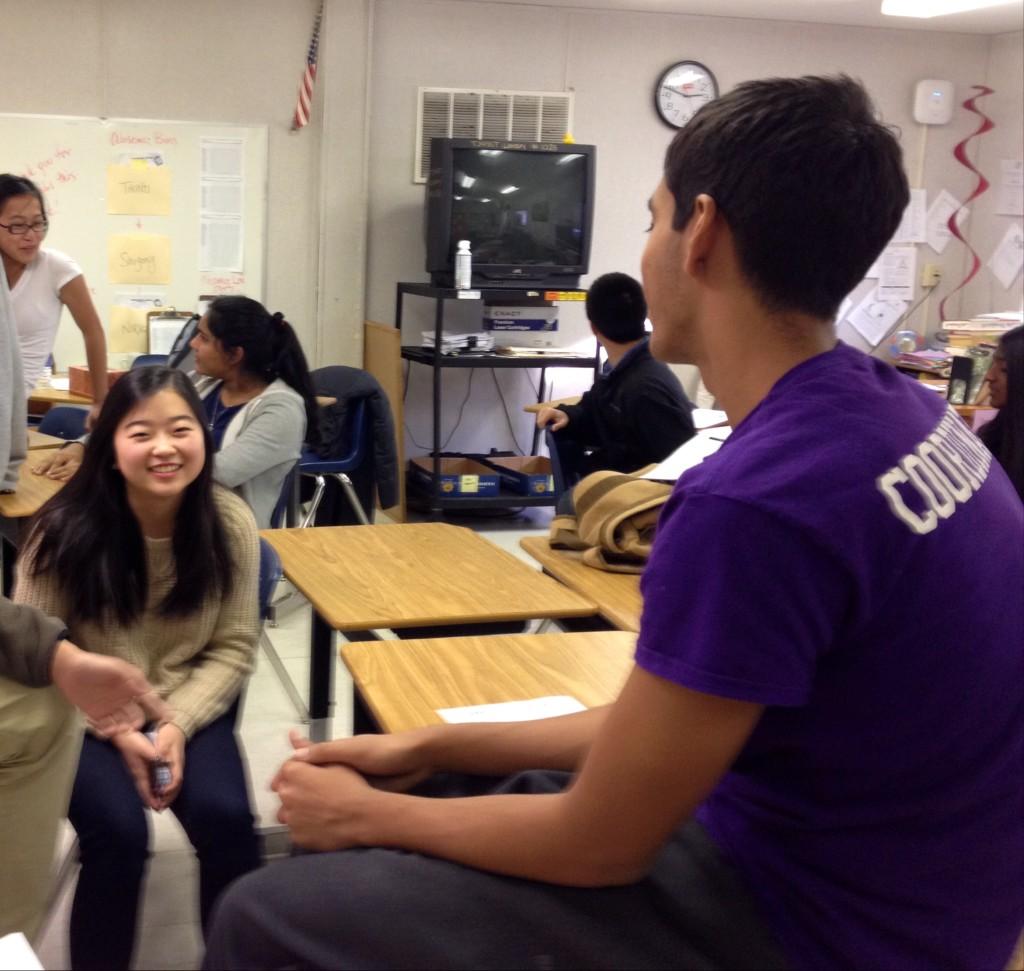 Students gathered around intently listening as co-founder senior Keshav Rao introduced the goals of Jefferson’s newest club, “What’s Up Education,” during the interest meeting on Nov. 25.

Partnering with Longfellow Middle School, “What’s Up Education” will focus on encouraging secondary school students to partake in activities that will help them gain a firm understanding of current events.

Students interested in participating in this outreach opportunity will travel to Longfellow to teach students every Wednesday A and B-block. However, some express concern about the lack of proper transportation available from Jefferson to Longfellow and back.

“There are students drivers taking us there and most students can’t drive themselves back home, so that is going to be a major limiting factor on the number of students who choose to participate,” sophomore Ghnana Madineni said.

The general outline for the afternoons has already been planned. The first half of the evening will be focused on lecturing students on pre-selected current event topics in a discussion-like event.

“I think that it is an interesting idea and I don’t remember anything like it at my middle school,” senior Lily Gu said. “At my middle school I would have really appreciated it because I didn’t know that much about current events.”

The second half of the time will be spent on engaging activities that will hopefully encourage the middle school students to participate and make contributions, helping them learn about major current events topics in-depth.

“I think this club will be successful at helping students learn about current events because it is something that hasn’t really been created,” Rao said. “There are hundreds of clubs on science development at Jefferson, but there is nothing on the news and what’s happening in the news.”