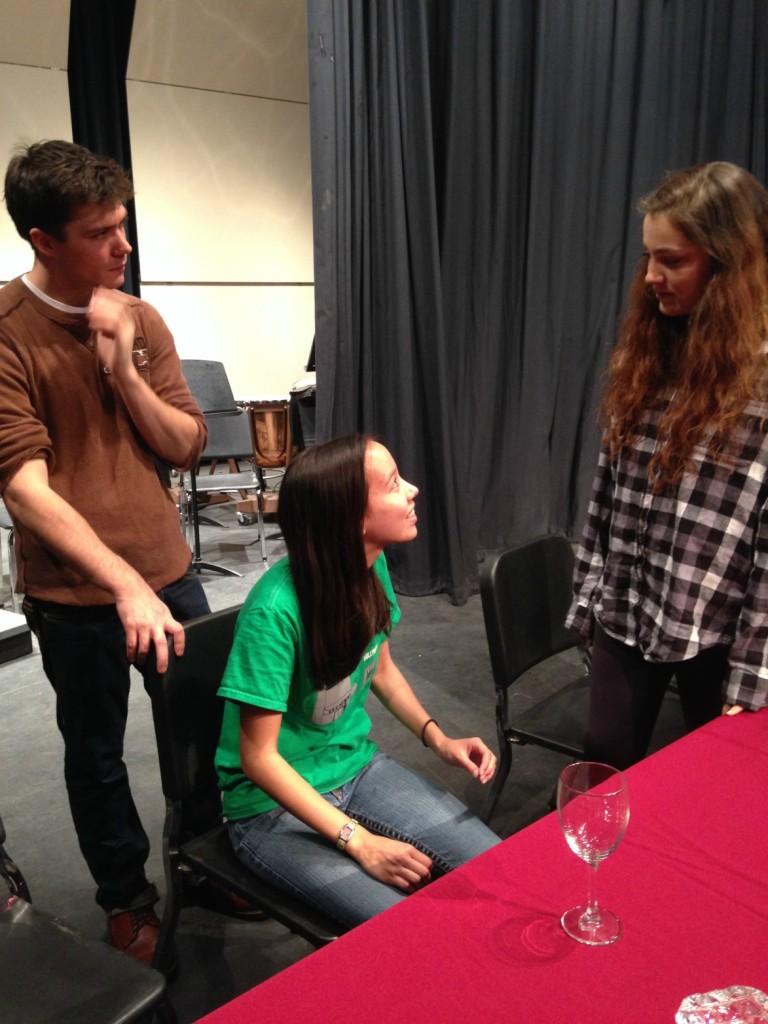 Emotions were high as the Jefferson drama department (TJ Drama) held auditions for its winter play, “A Taste of Honey.” Starting on Nov. 18, director Zachary Roberts met with 12 different actors to cast the show, with “sides” being read on Nov. 18 and 20, and callbacks on Nov. 21.

“A Taste of Honey,” written by Shelagh Delaney in 1958, follows 17-year-old Jo, who is abandoned by her mother Helen after she begins a romantic relationship with Peter. Jo falls in love with a black sailor named Jimmie and later becomes pregnant, and ends up finding lodging with her friend Geoffrey.

“I think that even though the play’s small cast size is limiting for our department, it’s an interesting show and I believe that it will help those who are in it and working on it grow as performers and theater technicians,” senior Jordan Goodson said.

Rather than having students perform monologues for their auditions as usual, Roberts decided to give the actors “sides,” or short scenes for whichever character they wanted to try out for. Students memorized and performed the sides on Nov. 18 and 20 after school, with a reader, or someone who is not auditioning for a part, reading for the other character in whichever side the actor performed.

The play will be used as the drama department’s Cappies show this year, with student critics from other schools attending the show to write reviews and vote on nominations and awards for the Cappies Gala in June. Unlike with other TJ Drama shows, the audience will be seated on stage and will only be a few feet from the actors to create a more intimate experience.

“I was inspired by the visual of the black brick behind the curtain, and thought it looked really cool, and I think that this play is appropriate for the actors and has roles that students can understand and approach as real actors,” Roberts said. “I love this piece, and I think it’s heartbreaking and timeless.”