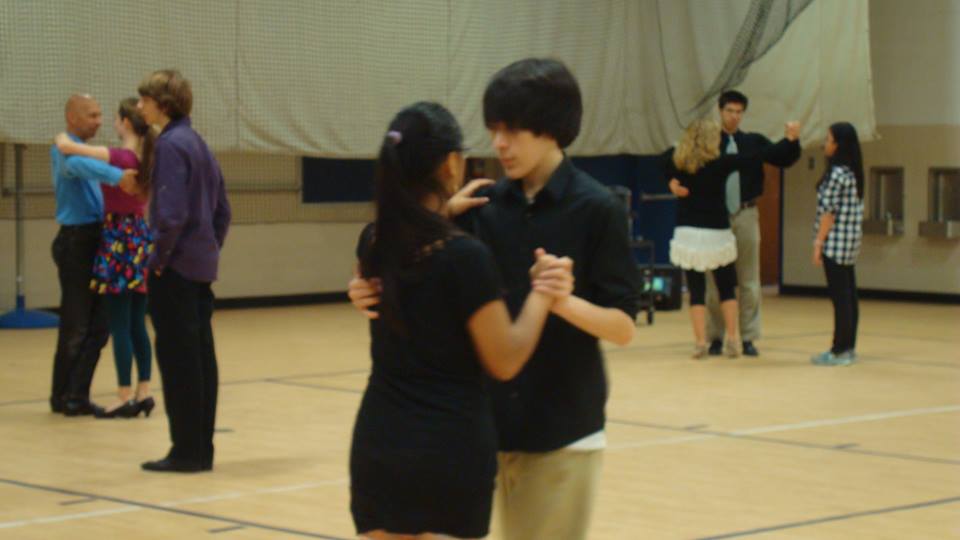 Walking through Gym 2 during eighth period is definitely a sight during the couple of months before International Night (I-Nite). Couples twirl gracefully across the floor, as classical track plays from a boombox in the corner. Beside each couple, students instruct both partners in the dance and teach them proper technique as the Ballroom Club prepares for its upcoming I-Nite showcase.

The club held tryouts for the I-Nite routine on Nov. 22 during lunch, with a turnout of five girls and seven boys. “I was actually shocked that we had more boys than girls, but everybody is so talented and we are really excited to see how the routine comes together,” senior Yana Kaplun, a president of the Ballroom Dance Club, said.

For this year’s routine, the club is planning to do a dance in the style of Cha-Cha, a Latin dance style first introduced in Cuba during the 1950’s. The dance will also consist of a hint of Jive dance styles.

However, despite the early start of tryouts to begin working on material for I-Nite, the Ballroom Dance Club mainly is using their Friday eighth period blocks for other purposes.

“We had one practice to prepare for tryouts,” Kaplun said. “Otherwise we are just starting. We like to keep our eighth periods free for social dancing, so we don’t work on I-Nite material during eighth period.”