Cheer squad improves throughout the season 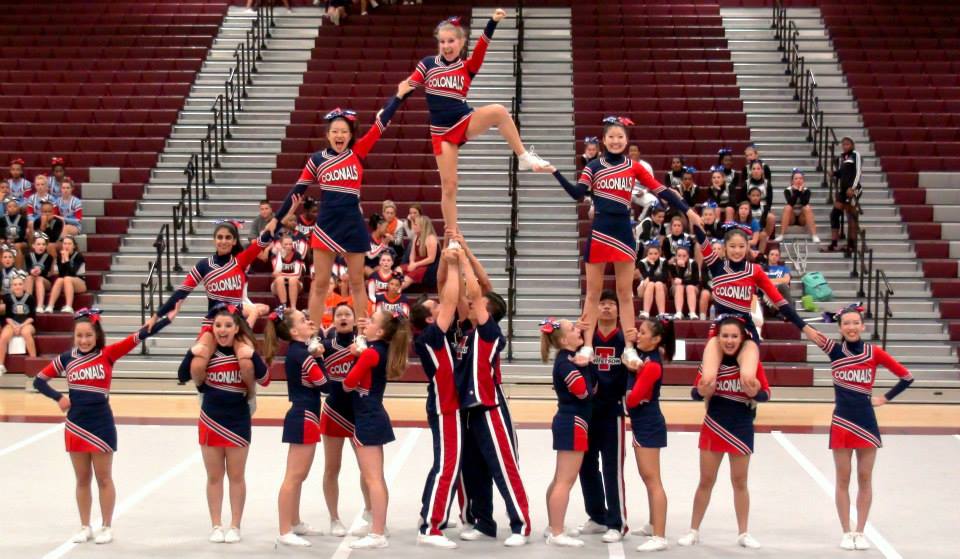 Advancing all the way to the regional competitions this year after placing second in the district, Jefferson’s cheer squad showed their skill and determination to win throughout the season. Whether cheering on the football team from the sidelines at one of their many games, or putting in the hard work at practice to nail the routines for competitions, the cheer squad worked tirelessly for their chance at a Regional title this year, a chance that barely slipped out of their grasp when they placed seventh in the competition, missing the chance to go to states by just a few points.

“This season was incredibly rewarding for the team, not just because of our victories, but also because of our determination and effort from the start,” senior and captain Yana Kaplun said. “We started strong from day one only got better as the season progressed.”

Though this season was incredibly satisfying for the team as they celebrated their second place victory in the districts competition, they all agree that they will be fighting hard for the regionals title next season. They believe that they have the skill, the determination, and the hard work for this to happen and think that this goal is within their grasp if they work for it.

“As a result of having 20 people, including four boys, on varsity this year, the most we’ve had in the last few years, we have definitely had the chance to improve our stunts,” senior Allison Ko said. “Though I am sad to be leaving the team, I believe that we can hopefully take first place in regionals next year.”