Volleyball ends their season on a high note 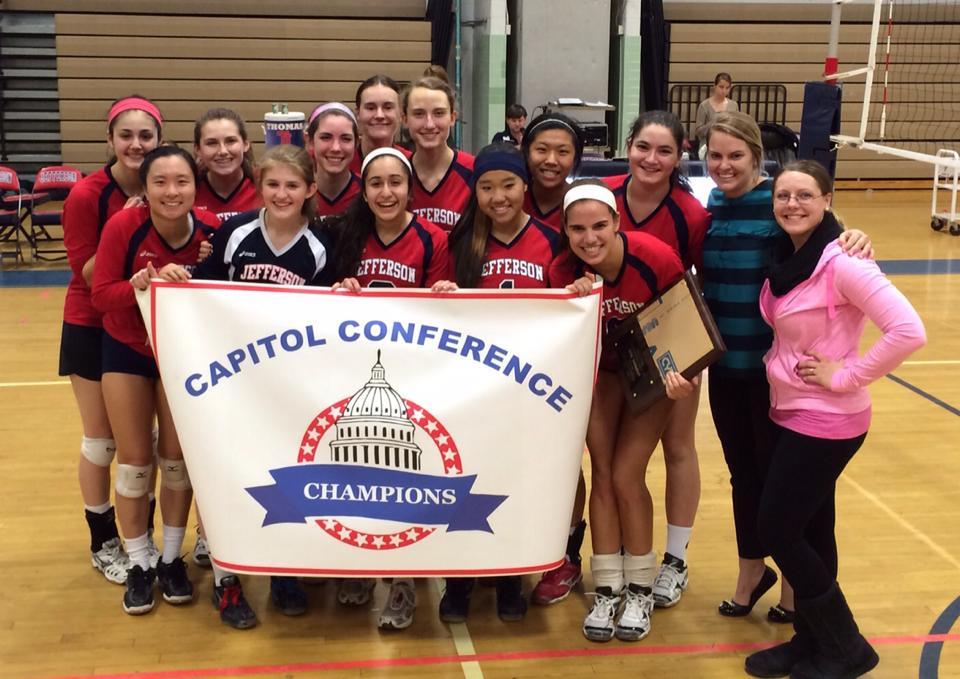 As the best season of Jefferson volleyball ever seen in the history of the school comes to a close, the victories that the team has accomplished this year are evident not only in their record, or the new banner hanging on the gym wall, but in the feeling of success in the team members. With an ending record of 19 wins and 11 losses, as well as a Capitol Conference championship victory, the volleyball season only ended in the regional semifinals after a loss to Stone Bridge High School.

“This was an amazing season for all of us. After years of hard work, our dedication has finally paid off,” junior Melanie Piller said. “We were all ecstatic when we won since we’ve worked really hard this year and it was pretty surreal, seeing as we’ve never won a volleyball conference championship in the history of the school.”

Though one of the reasons that this year’s volleyball team was as successful and effective was as a result of being made up of juniors and seniors who had played and worked together for a few years now, the future of the team still looks promising.

While the seniors will not be returning next season, the junior varsity team will provide many underclassmen that will take their place in the fall.

“I think we can do just as well next year, we’ll only be losing three seniors, and even though they’re great players, we’ll be able to draw from our bench and this year’s junior varsity team,” junior Alexis Gillmore said. “It will be, however, especially important  that the rest of the team work to improve our individual passing skills so we can be victorious next year.”