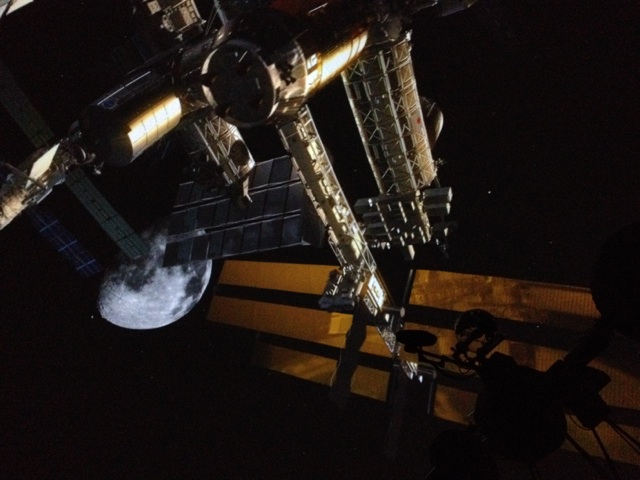 Gasps of excitement flew from the reclining seats of the darkened planetarium as Earth revolved above them, and the International Space Station made a swift pass, solar panels gleaming in the simulated sunshine.

On Nov. 19, a computer design company brought a new set of technology to Jefferson’s Astronomy and Astrophysics Laboratory, combining the already existing optical/mechanical component of the planetarium with a specialized digital projection system. The demonstration, which lasted for all of the day, allowed students in multiple classes to use a cutting edge simulation—all based on real astronomical data.

“It’s more flexible in terms of showing astronomical concepts like orbits, proper motion and properties of stars,” Astronomy and Astrophysics Laboratory Director LeeAnn Hennig said. “Visually, it would be a great teaching tool to complement everything else.”

Currently, the planetarium at Jefferson works on an optical/mechanical system—one of two components of the hybrid system. It allows students to look at stars, planets and basic grid lines.

While it would cost roughly a half million dollars to install such a high level of technology, there would be many benefits extended to not only the Astronomy and Astrophysics Laboratory, but also the rest of the school. Many of these applications are a direct result of the digital system that would be the new component to the hybrid installation. The system includes a wide range of simulations, with everything from complicated computer graphics to calculated planetary orbits.

“My favorite part was when they gradually zoomed out from earth to the entire visible universe. Seeing all of those yellow and blue dots on the screen made me realize how extremely small I am,” senior Bridget Anderson said.

Some of the ways to use the hybrid system that the company demonstrated on Nov. 19 included watching both real time and fixed time data, creating graphs of celestial motion and simulations of exoplanet orbits—all in the immersive environment of the planetarium.

“It has applications with anything that requires modeling and visualization,” Hennig said.

During the demonstration, there were some restrictions, however. For instance, on each hemisphere of the planetarium, a seam was visible where the company’s “road version” of the hybrid system was not able to be configured as precisely. Some of the simulations present in the full version were also absent.

“Obviously, I think the real version would have more options than the road version and we would be able to view more things with it,” Anderson said. “That would be really exciting.”

Unfortunately, however, as of now, such a hybrid system is just one of many possibilities on the wish list for renovation changes that the Partnership Fund is trying to raise money for.

“I think that this would be an amazing addition to the the new TJ,” Anderson said. “It was a really amazing experience to sit under the dome and become fully immersed in the universe. I think that more people need to experience that.”

Look HERE for a gallery of images taken on Nov. 19!