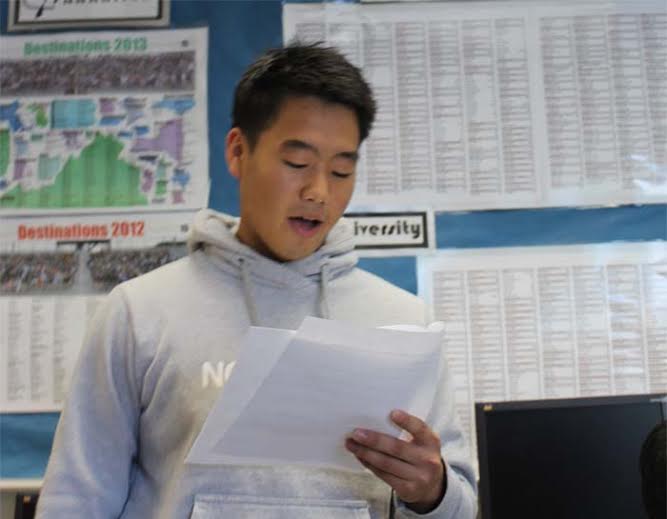 On Tuesday, Nov. 20, students met for an interest meeting for the annual Governor’s School programs run by Jefferson. There are several different Governor’s School and summer mentorship programs available for students in areas including Agriculture at Virginia Polytechnic and State University, Humanities at Radford University and Mathematics, Science and Engineering at Lynchburg College. Mentorship programs include internships with Medicine and Health Sciences at Virginia Commonwealth University, National Aeronautics and Space Administration/National Institute of Aerospace at Christopher Newport University and Virginia Institute of Marine Science at Christopher Newport University.

The presentation of the different programs was given by upperclassmen who had participated in Governor’s School programs the year before, including junior Dennis Kim. Kim shared his application and program experience with the sophomores and juniors interested in the program.

“I wanted to share because it was a really great opportunity for me to interact with great people and professors,” Kim said.

The application process includes one essay, two teacher recommendations and two standardized test scores, one of which can be a PSAT or SAT. The other test score is usually the entrance exam for the gifted and talented programs in second grade. Students that were not in gifted and talented programs will be able to take an advanced version of the same test when the Jefferson College and Career Center administers it.

Most students are looking to attend a Governor’s School in order to gain some experience in the fields that they would like to pursue later in life.

“I really want to go to Governor’s School so that I can broaden my horizons and work with people who have the same interests that I do,” sophomore Virginia Sun said.