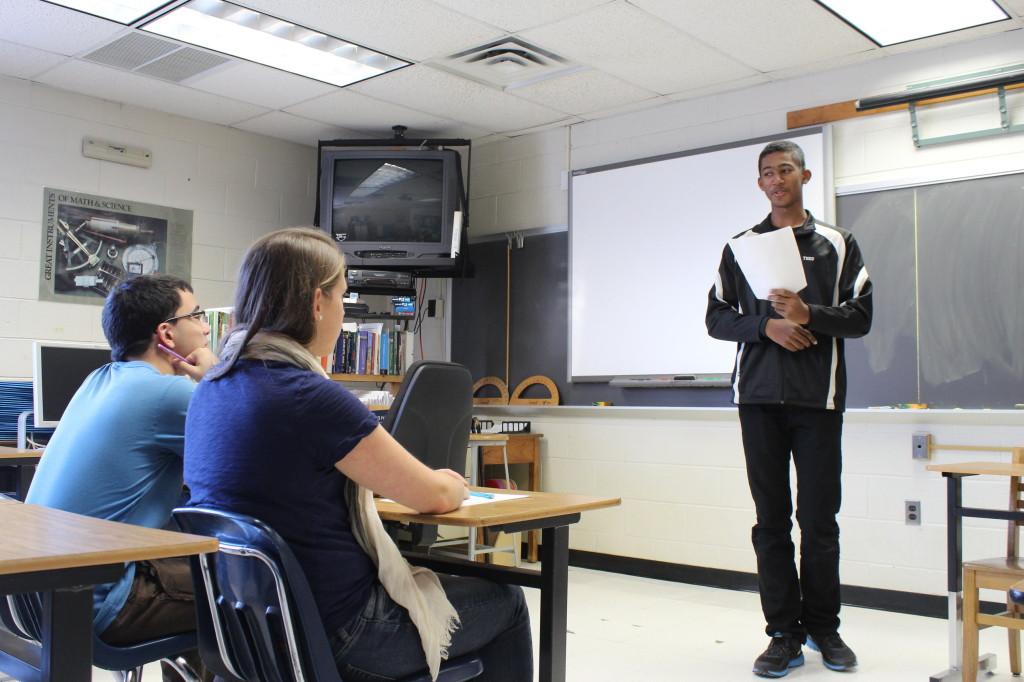 “Instead of doing a full-length show this year, Shakespeare Troupe is trying something new and hosting an event called ‘Night of Shakespeare,’” Ruiz-Ramon said.

Additionally, Shakespeare Troupe holds the annual “Shakesperience.” “Shakesperience” is held at Jefferson on a Saturday in April, and invites local elementary and middle students to learn about Shakespeare and theater in general.

Auditions for “Othello” are continuing on Nov. 19, during B-block of eighth period.  The directors are looking for actors to portray the play’s complex characters, as well as to show stage presence.

“We decided to do Othello because it’s a fantastic play, but also it fit all of our criteria. We wanted to do a tragedy, a play that the audience would be familiar with and therefore easier for them to follow, and it has a little something for everyone,” Ruiz-Ramon said.