Ready for takeoff: All systems go 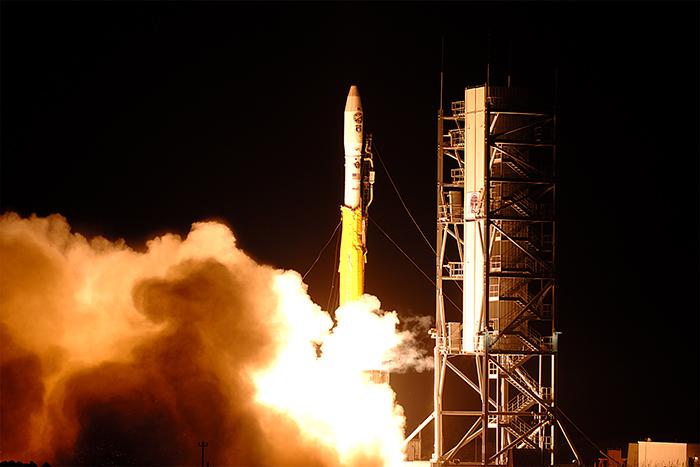 T-1 day until the launch of the first ever high school satellite, and evidence can be seen throughout the school. From the television in the former entrance to the home screen on the computer, anyone can see that the entire school is vibrating with excitement.

It’s been nearly seven years since the program began with over 50 Jefferson students alongside Orbital Science working on TJ3Sat from its conception, and is now ready for takeoff. Launch is set for 7:30 tomorrow from the NASA facility at Wallops Island, and it will be visible from Jefferson. The students who have been working on TJCub3Sat will be present for the launch. Weather permitting, the launch should go off smoothly.

“I am interested in seeing the data it sends back to the computer in the back room of the Energy Systems lab,” junior Helen Zhang, a member of the alternate energy systems class, said. “Being the first high school to release a satellite in space really shows how awesome TJ is.”

The rocket being used in the launch is the Minotaur I, an Air Force space craft designed by Orbital Science. It will be carrying other satellites along with TJ3Sat.

Once the satellite is launched, students can submit transmissions to be aired from the satellite around the world. It will also collect data while in space.

“We have this computer set up in the energy systems lab that can send directions to the sensors and collect information about the position and temperature,” junior Jackson DuBro, who is also in alternate energy systems, said.