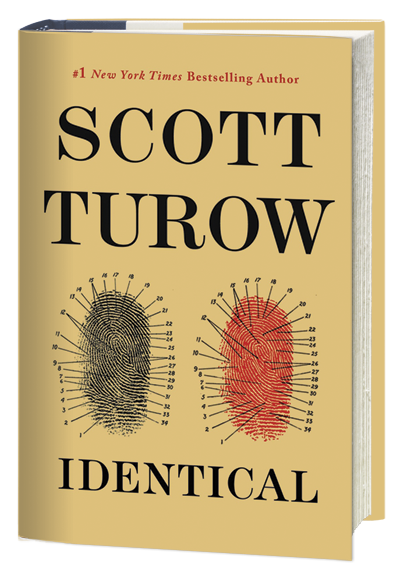 The new adult novel “Identical” by Scott Turow introduces a modern setting for a murder mystery that his rooted in Greece. The crime drama novel tells an intricate tale that will leave the reader seeing double, at least until everything is cleared up in the end.

The book is based on the Greek myth about Castor and Pollux, the Gemini twins, and features stars Cassius “Cass” and Paul Gianis. At the intro of the book, Cass is leaving prison after his 25-year sentence for killing his girlfriend, Aphrodite “Dita” Kronon, while Paul is running for mayor.

Complications arise when Dita’s brother, billionaire Herakles “Hal” Kronon begins to run advertisements blaming Paul for the murder of his sister. As the election draws closer, Paul realizes that he has to sue for defamation in order to save the race. But this lawsuit brings back all of the evidence of a murder long past for reexamination as Paul struggles to prove that he was not involved in his sister’s murder. With the evidence comes the tangled web of lies and deceit that the previous generation, most importantly Paul and Cass’s mother Lidia Gianis, Hal and Dita’s father Zeus Kronon, and Zeus’s sister Teri Kronon. The stories of Lidia, Zeus, and Teri are actually far more interesting than the main plot of the story.

Investigating the case is Evon Miller, an ex-FBI agent that has been previously featured in other of Furow’s books, and Tim Brodie, an 82-year-old ex-private-investigator that worked on the case the first time 25 years previously. Brodie and Miller both have real-life experiences that take away some of the surreal aspects of the novel that was inevitably going to arise from a plotline based off of a Greek myth, probably because they were two of the very few characters in the book not based off of Greek gods.

The book takes a long time to become interesting, mostly because there are so many characters that it is hard to get invested in just the main ones. Although Brodie and Miller are the main focus of the writing, they are not the main focus of the story which can be slightly confusing for the reader. Additionally, the chapters set in the courtroom involve complex legal issues and court proceedings that were slightly difficult to understand.

Once the plotline does develop, however, it becomes interesting, at least for a while. Hal’s claims lead to a reopening of the investigation of the murder of Dita Kronon. The end of the plot was a bit of a let-down, cliché and uninteresting-like many books involving twins are. The book overall was dense and a bit boring at times-and after so many of Furow’s novels being so acclaimed, it was a let-down. The last two sentences have really similar structure. I realize how nitpicky this is, but I’m just pointing it out in case you would like to change it.