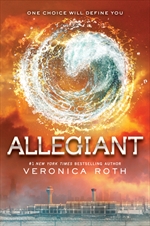 The final book in the bestselling “Divergent” trilogy by Veronica Roth, “Allegiant,” was released on October 15. The trilogy is set in a future dystopian Chicago in a community divided into five “factions” based on virtues—Abnegation for the selfless, Amity for the kind, Erudite for the intelligent, Candor for the truthful, and Dauntless for the brave. The series stars Beatrice “Tris” Prior and her love interest Tobias “Four” Eaton, both young adults that were born into the Abnegation faction that later chose to switch into the dangerous but lively Dauntless faction. Early in the series the two of them are revealed to be “divergent,” meaning that they belong in no faction but instead represent the qualities of more than one faction.

Unlike most series sequels, the book hits the ground running, with very little summary of the previous two novels. While avid series fans may enjoy not having to reread past information, there was a year and a half between the release dates of the last two books in the trilogy and the plot beginning immediately without any summary is disorienting and confusing for the reader.

While the first two books were both set entirely in Chicago, the final book in the series moves outside the city for the majority of the book, and it is revealed that the city is merely a genetic experiment. Unfortunately, America outside the experimental city is not nearly as interesting or novel as the factioned society inside Chicago, which takes away from the interest of the book.

However, there is plenty of dystopia to be had in the Bureau of Genetic Welfare, the government agency running the genetic experiment in the city, where Tris, Four, and their friends find themselves after a daring escape from Chicago. The inequalities that could be found within the Bureau compound’s walls are the cause of several revolution attempts throughout the story. Although these revolutions keep the pages packed with action, they quickly grow repetitive and uninteresting.

The book was written in first person, with the chapters switching between Tris’s and Tobias’s point of view. Unfortunately, Roth was unable to adjust her voice to each character, meaning that the tones in the two points of view are remarkably similar and the reader can have a hard time keeping up with who exactly is speaking at a given point of the book.

In the first two books of the series, especially the first, Tris and Four’s relationship is a budding and somewhat forbidden romance that adds yet more excitement to the book. In “Allegiant,” however, the relationship is established and flat. In fact, the only interesting part of their relationship in the book was the several chapters in which they were broken up. Adding life to their relationship could have added interest that the novel desperately needed.

The only saving grace of the book was the complexity of the development of the relationship between Tris and her brother, Caleb. Although Caleb was involved in a plot to kill Tris earlier in the series, Tris struggles to forgive him throughout the book and their relationship is easily the most interesting of the series, especially towards the end of the book.

The conclusion of the “Divergent” trilogy had all of the potential to be epic. Instead, the change in setting and romance and the lack of life given to the two main characters kept it flat and, in some parts, boring. “Allegiant” is simply nothing new.