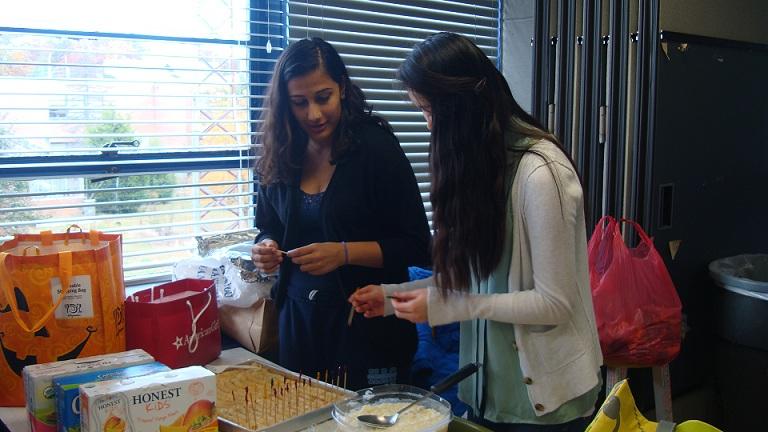 “The goal of the Hunger Banquet was to raise awareness of the uneven distribution of food around the world,” junior Melissa Wu, an officer of UNICEF, said.

During the event, students were given slips of paper that determined their social status and economic wealth, which dictated the amount of food they were to receive. Researched and produced by the UNICEF officers, the slips specified the current problem of each character’s environment, augmenting the authenticity of the situations.

The meeting initiated with introducing statistical data about child hunger, continued with the simulation and ended with a group discussion about the imbalance of food distribution and the stratification of the society based on economic gain. The participants of the event were able to broaden their knowledge and awareness of world hunger, a phenomenon that is prevalent in numerous communities and countries.

“This event was very worthwhile, because it provided a fun but educational way to become more aware of current events,” Wu said.