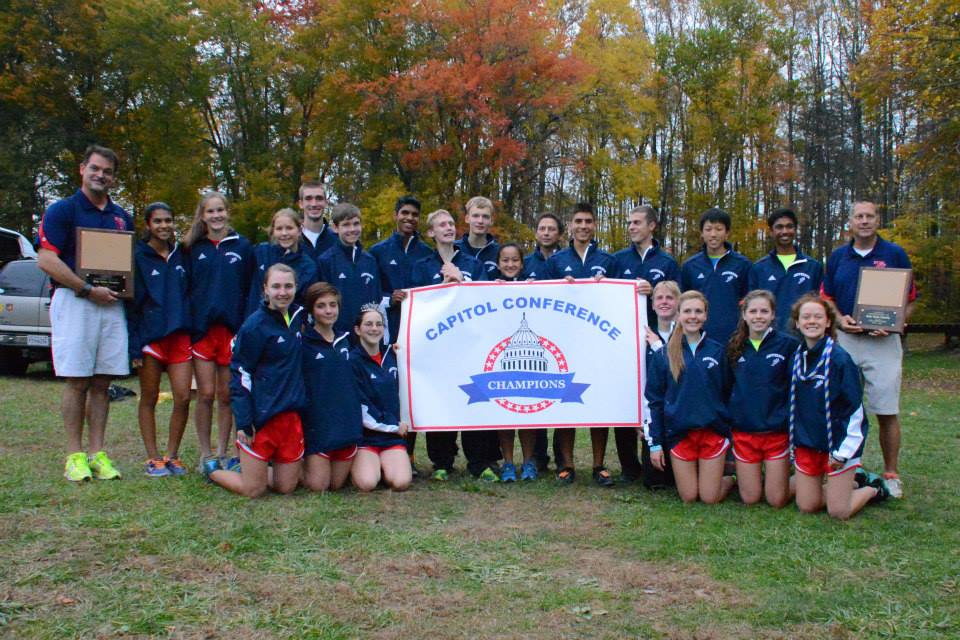 While many Jefferson students spent their Halloween trick-or-treating or preparing for the end of the first quarter, the cross country team was busy dominating the Conference 13 Championships.

Both the boys and girls teams blew the competition out of the water. On the boys’ side, the seven runners, led by junior Chris Blagg and senior Jamie Simon, had an average time of 16:27 on the 2.98-mile course at Burke Lake Park. They secured first place with a final score of 41 points, while Thomas Edison High School came in second with 57 points.

The girls pulled off an incredible performance as well by placing six runners in the top 15. Junior Haley Stumvoll led the girls to capture first place with a final score of 27 points and an average time of 19:46. George C. Marshall High School finished a distant second with 58 points.

Going into the district race, the athletes faced tremendous pressure, but they were able to overcome their initial anxiety by keeping a positive outlook.

“We were really focused and optimistic,” senior Christine Mayuga, a team captain, said. “Based on the times from the rest of the season, we knew we had a solid chance of placing well. Regardless, we knew we needed amazing races to pull it off.”

According to Mayuga, the runners focused on minimizing the range of times because “pack-running” is a dependable way for athletes to boost each other’s performances, score the maximum number of points and displace competitors. Both teams were able to achieve this goal, as the times from the boys and girls teams were only separated by 32 and 24 seconds, respectively.

“Finally our whole varsity team ran together,” senior Matt Wattendorf, a captain on the boys’ team, said. “It took all season, and needless to say, we were sorry for the wait.”

The top four teams from each conference advance to the regional meet. The Jefferson Colonials will compete at the Group 5A Sectionals meet, which will be held on Nov. 7 on the challenging 5K course at the Oatlands Plantation.

“Coming into Sectionals, we want to maintain our strong team standing,” Mayuga said. “With the new conferences, the competition will be a little different, so we have to keep our game on.”