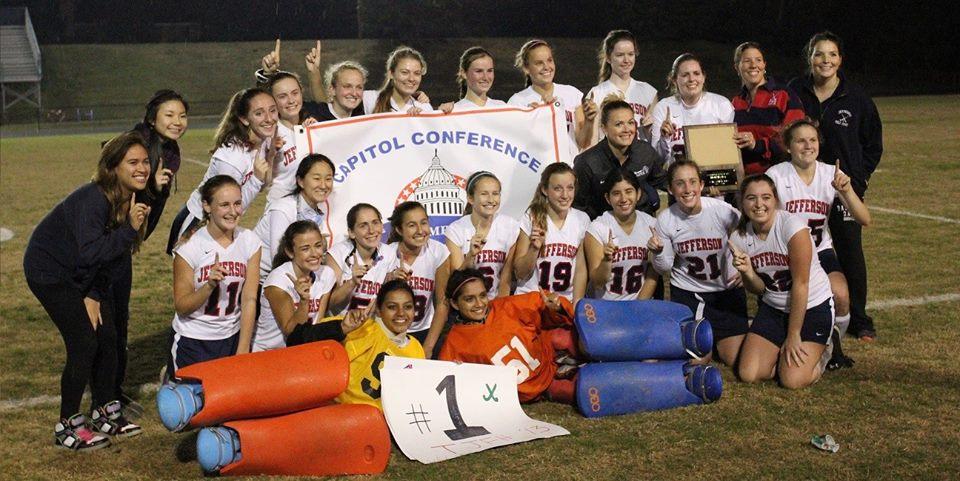 After dominating against Edison in a 4-0 defeat on Oct. 31, the Jefferson varsity field hockey team became conference champions, the first title they have taken home since 1996.

“Winning the conference championship was such an awesome feeling because we have put in so much hard work this season and during the offseason,” senior Ellen Mulé, a captain, said.

Jefferson scored two goals in each half of the game. Senior Izzy Roscoe, another captain, was responsible for two of the goals, and Mulé and sophomore Katie Zechman had one each.  The team played mostly on the offensive, with only three defensive corners. Senior Priya Seetharaman, the goalie, has had an especially good few games.

“Priya has proved time after time that she is by far the best goalie in the conference, keeping us in games and not giving up a single goal during the conference tournament,” Mulé said.

The team will play their next game, the first game of the regional tournament, on Nov. 4. Because they are seeded first against Massaponax, the team that they are playing on Nov. 4, Jefferson will be hosting. They hope to make it to states.

“Of couse we want to go as far as we can in regionals and in states, but we have to take it one game at a time,” Roscoe said.