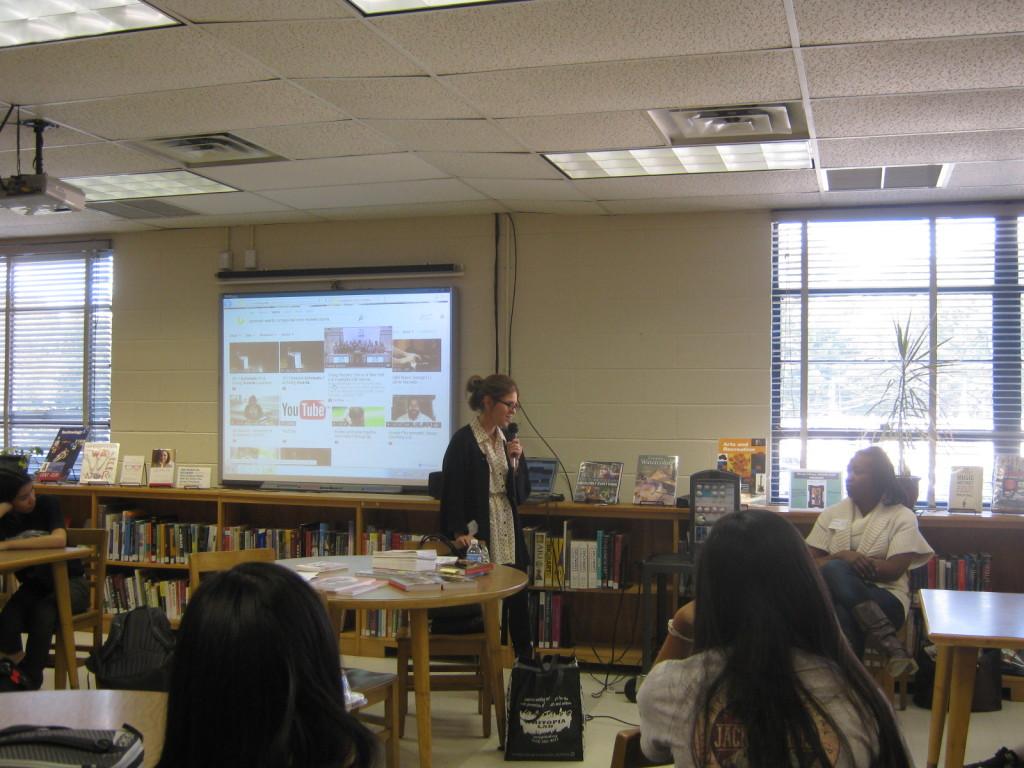 Spokespeople from Writopia Labs D.C. came to Jefferson for an information session about the Scholastic Writing Awards.

Writopia Lab, an organization that holds workshops for kids in order to improve their writing skills, came to Jefferson during eighth period on Oct. 25 for an information session about the Scholastic Art and Writing competition this year.

Working with kids aged eight to 18, Writopia Lab has buildings that are located in and around Washington, D.C. Writopia Lab spokesperson Jocquelyn Downs encouraged students to enter the Scholastic Art and Writing competition and come to Writopia Lab’s workshops, even if they had never before considered themselves a writer.

“We really want to have a house for young people to express themselves creatively,” Downs said. “No censorship, just a safe space for your voice to be heard.”

The national competition accepts nearly all writing forms, including fiction, memoirs, playwriting, poetry, flash fiction and scriptwriting. Students entering the competition should submit their pieces online by Jan. 3, where pieces of work will be evaluated by volunteers for the region.

Winners of the Scholastic Art and Writing Award are invited to Carnegie Hall, where in previous years they were congratulated by celebrities such as Michelle Obama, Usher and Sarah Jessica Parker.

During the meeting, Jefferson students who won in previous years  also spoke about the competition experience.

One of the 2013 Scholastic Writing Award winners, junior Pooja Chandrashekar, submitted a piece titled “The Pink Sari” about her relationship with her grandmother. Chandrashekar was then invited to Carnegie Hall, where she was greeted by Usher.

“Going to Carnegie Hall was one of the best experiences of my high school career so far. The people you meet really change your life.” Chandrashekar said.

Another Scholastic Award recipient, senior Emma Hastings, spoke to the students about her work and how she won the award. Hastings submitted several pieces, and won two national gold medals, one in her sophomore and one in her junior year. Hastings was also published in “Best Teen Writing of 2012.”

Like Chandrashekar, Hastings also refers to the Scholastic Art and Writing competition as one of her best experiences.

“It was being involved in the Scholastic Writing Awards that made me able to say, ‘Yeah, I’m a writer,’” Hastings said.