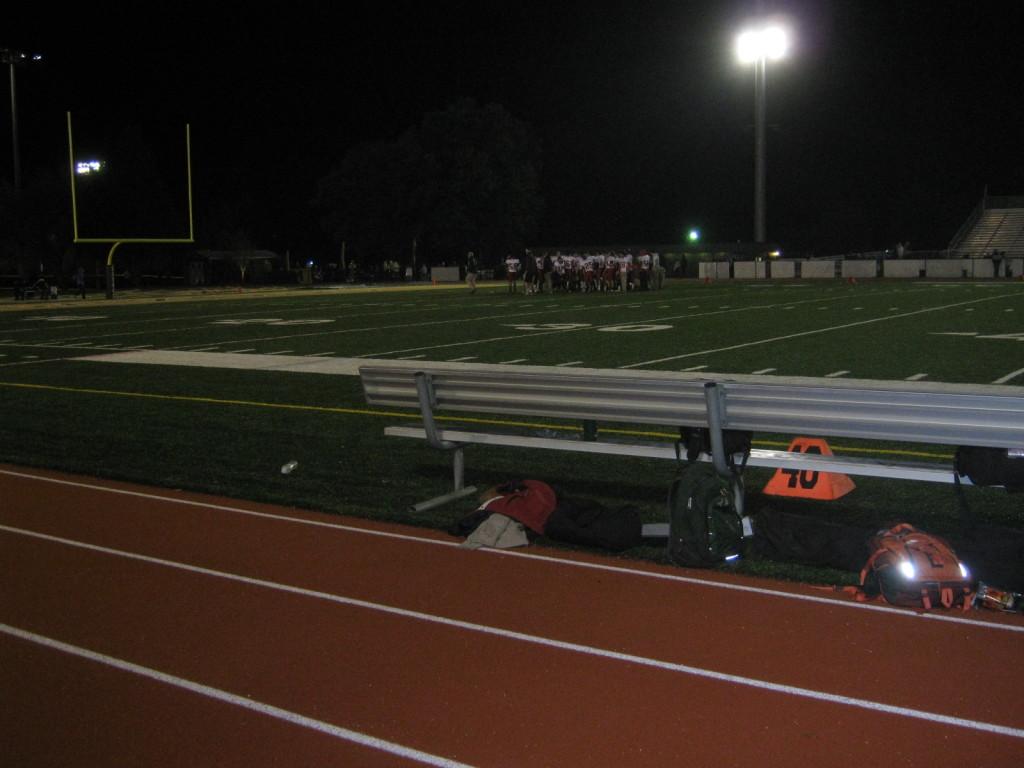 After last week’s historic victory over the Madison Warhawks, the football game against Langley dampened spirits on Oct. 25. The Jefferson Colonials fell to the Langley Saxons with a final score of 62-7 at the game on Oct. 25.

“It was a rough game,” sophomore Nick Lemanski said. “We had some key guys out due to injuries and it really hurt us.”

During the first quarter of the game, the Langley Saxons scored several touchdowns on the Colonials, bringing the score to 27-0 with Saxons in the lead. At the end of the second quarter, Jefferson was still without a touchdown and the Saxons were up by 55 points. By the third quarter, the Saxons’ score had increased to 62 points with Jefferson at 0.

At the beginning of the fourth quarter, senior Tim Zhong scored a touchdown for the colonials, by carrying the ball seven yards. Jefferson was awarded seven points, their final score for the game.

However, this loss does not mean the team is giving up for the season. In fact, the team is now ready to go into next week’s game with even more determination than before.

“With our upcoming game against McLean we will learn what we can from the performance, but overall this was a night that all of us want to forget. We have to focus on our last home game against McLean this Friday and a win would be huge for us in playoff standings,” Lemanski said.

Next week will be the last home game for the football season  and also will be Jefferson’s Senior Night. The Jefferson Colonials will play against the McLean Highlanders on Nov. 1.

“I know I speak for the guys when I say, we took this loss personally and we will lay everything on the line and come out fighting and battling our hardest right from the start of next Friday’s game,” Lemanski said.