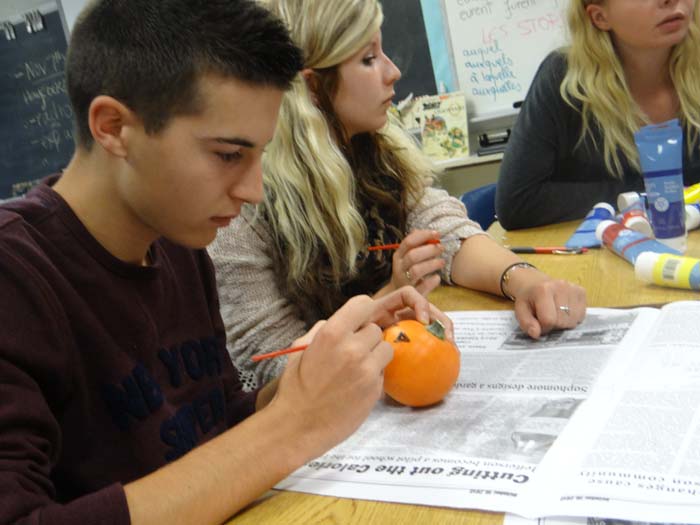 Students talked in English and French and laughed as paint smeared newspapers. Bright faces appeared on pumpkins in creative forms and colors.

On Wednesday, October 23, the French Honor Society had a pumpkin painting activity with some of the students’ French exchange studentsThey hosted this activity to celebrate Halloween, an American tradition not usually celebrated in France.

“The activity allows American and French students to interact as they paint the pumpkins and it is a good activity for Halloween, which barely occurs in France,” junior Alec Jessar, FHS co-president, said.

Since Halloween is an American cultural tradition rather than a French one, most of the French students had never done an activity like it before. The French students were creative with their pumpkins, creating everything from animals to a “Pope-kin,” complete with a robe and hat made out of sheets of paper.

“It was a lot of fun because we could create something personal,” French student Alexandre Fagot said.