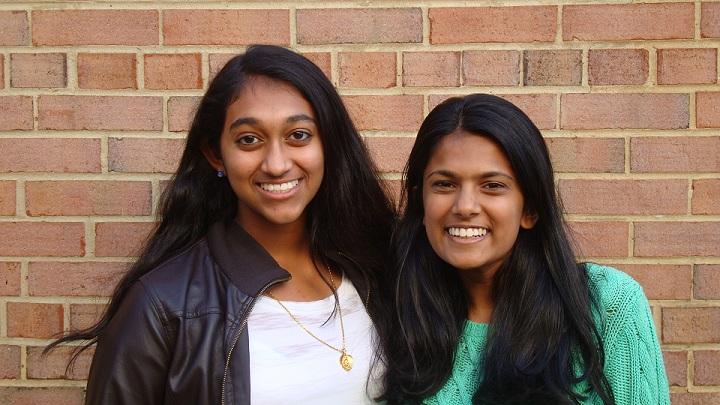 Out of the many students who participate in debate, sophomores Sahana Ramani and Kiran Girish are certainly some of the most distinguishable ones of all.

Ramani and Girish, who have been close-knit friends even before they joined Public Forum, encountered debate in middle school when they formed a group with one another student. Their early exposure prompted them to foster their knowledge and skills in debate before they entered Jefferson.

“Kiran is one of my closest friends outside the debate world, and I think that is a major factor that makes us compatible as a team,” Ramani said. “We thought that it would be the best to partner up at Jefferson, because we were pretty comfortable working together.”

Ramani and Girish, who are active members of the Public Forum debate team at Jefferson, participated in their first Washington-Arlington Catholic Forensic League (WACFL) during freshmen year as junior varsity debaters, an unforgettable experience that marked the transition from middle school to high school debate.

“We were used to the three-person teams from middle school, so working only with Kiran was new,” Ramani said. “However, we got used to it and loved the new style.”

After a year of refining their skills, Ramani and Girish recently won first place in the varsity level at the first WACFL tournament of the year.

“Sahana and I had set a goal to place in the top six this year at the varsity WACFL, and when it happened on the first tournament, we were beyond ecstatic,” Girish said.

The team, which has four more WACFL tournaments this year, hopes to achieve stellar achievements as they enhance their public speaking and debating skills. They believe that debate will allow them to perceive the world in various perspectives as well as to develop their speaking abilities.

“The most appealing aspect of debate is the ability to see things from new perspectives and becoming more informed on what is going on in the real world,” Girish said.