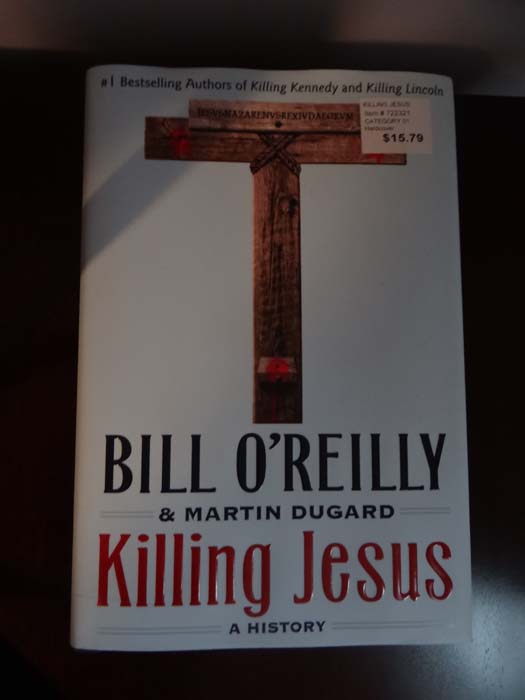 Political pundit and author Bill O’Reilly and historian Martin Dugard released their new novel, “Killing Jesus,” in September 2013, as a part of a series with their other two novels, “Killing Lincoln” and “Killing Kennedy.” The book retold the age-old story known by millions around the world of the life and death of Jesus of Nazareth. O’Reilly attempted to take a secular approach withthe book in order to  shift the perspective from the classic religious point of view found in the Gospel that is the basis of Christianity today.

The novel mostly retold historical events; however some parts of the book showed a little too much of O’Reilly’s Roman Catholic heritage. In the book, Mary’s being a virgin at the time of Jesus’ birth is treated as a historical fact, as is the coming of the Holy Spirit when he is baptized. On the other hand, although Reilly is infamous for allowing his political views to bias his writing, these events were so far in the past that modern political views do not even really apply and the book is kept politically impartial.

Part of the reason that the book could have been religiously biased is the lack of sources. O’Reilly actually says in the book that the main sources were the Gospels, which only give the religious point of view. Some other sources may have taken away a part of the bias, but some still remained.

“Killing Jesus” begins with Jesus’s birth and first two years, especially the genocide of male two-year olds in an attempt to kill baby Jesus and the visit of the Magi to his birth. From there, the book skips around, going back 50 years for the death of Julius Caesar, then forward to Jesus’ manhood and so on. The book was, for the most part, fast-paced; however, it sometimes went off on historical tangents that were interesting, but not related to the story at hand. The love affair between Julius Caesar and Cleopatra and the debaucheries of the Roman Emperor Tiberius were not directly related to the story and detracted from the overall plot.

The most redeeming quality of the book is the narration of the politics between Jesus’ enemies. The Roman Governor Pontius Pilate and the Jewish head rabbi are both portrayed as the power-hungry and calculating, as any storybook villains should be. While this may not have been accurate, it certainly lends a suspenseful quality to the plot. This, along with the rich imagery of the important events of Jesus’ life, especially his death, keeps the pages turning until the very end.