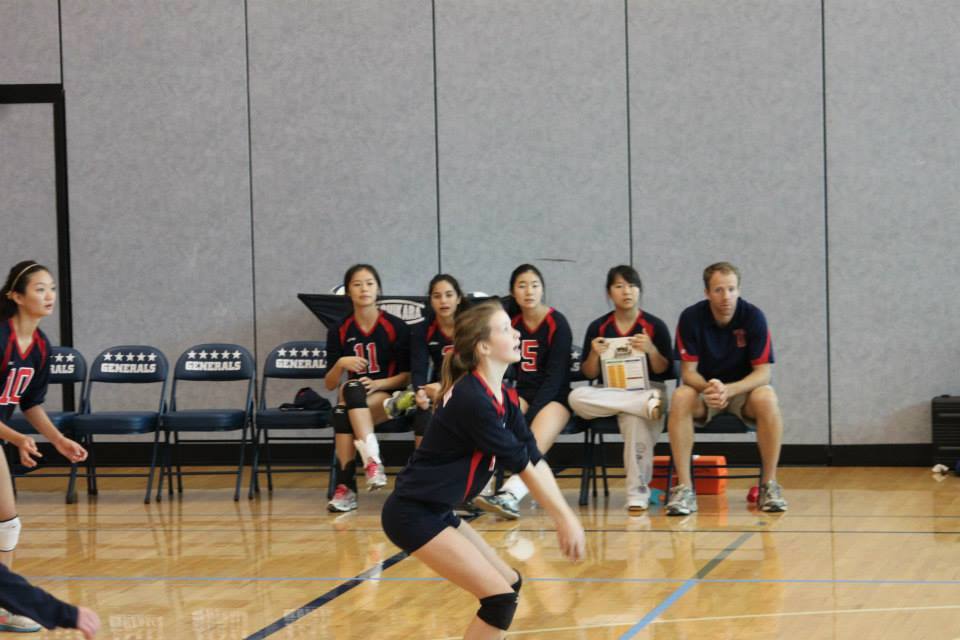 Finishing with a score of one-two, the Freshmen Volleyball team suffered a loss to Chantilly High School, who managed to come out on top against all three divisions (freshmen, junior varsity and varsity) on Oct 17.

According to freshman Sarah Hoback, the freshman team has been practicing after-school for two hours every day, and has been scrimmaging prior to matches in preparation for the major volleyball games. During practice, the team members normally work on general skills such as hitting and serving.

“We practice serving a lot since serving is key in volleyball,” freshman Brittany Fogg said. “If you can’t serve you have no hope of getting the point.”

Despite their losses, the freshman team is still maintaining a positive attitude about the season.

“When we win games, it’s great,” Hoback said. “But we actually do better after a loss because we are more mentally prepared to win.”

The JV team was in an especially rough position this week with several members out due to injuries. Each player was forced to work flexibly as some were playing in positions that weren’t originally theirs.

“Our losses have just made us more determined to win the next game, and hopefully the rest of the season,” sophomore Catherine Im, a member of the JV team, said. “We take note of what made us lose the game, and work to improve on it the next practice.”