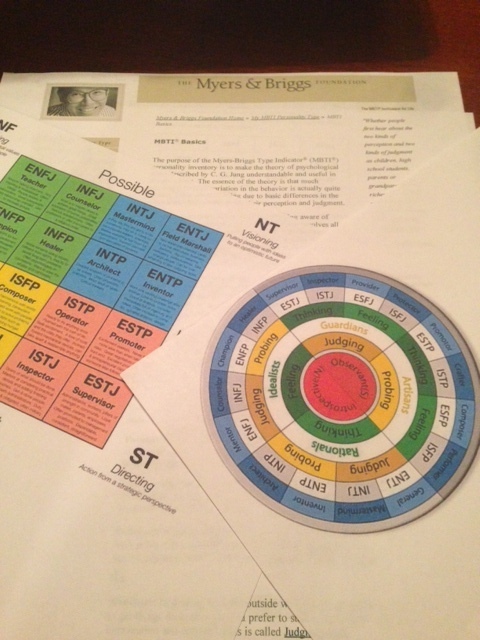 As sophomores and juniors took the PSAT and seniors enjoyed their day off or attend writing conferences, Jefferson freshmen spent part of the day taking the Myers-Briggs Type Indicator (MBTI).  Katherine Briggs and her daughter Isabelle Myers developed the assessment based off of the theory of Carl Jung, publishing the test’s first edition in 1962.

The MBTI is a relatively short test, taking around 30 minutes, which categorizes takers into one of 16 personality groups.  The groups are organized by the four dichotomies the test identifies – extraversion versus introversion, sensing versus intuition, thinking versus feeling and judgment versus perception.

The test’s questions are relatively repetitive, offering only two answer choices.  The lack of choices helps place where on the spectrum of each dichotomy the test taker falls.  This gives way to each examinee being given a letter representing one of the four qualities.  Each student’s letters are combined into an overall personality type.

“I thought a lot of the questions were very redundant,” freshman Leo Wang said.

After the MBTI has been scored, Jefferson Student Services holds a program with the freshman, highlighting the meaning of their types and giving literature explaining possible future jobs as well as personality traits.  Additionally, the test allows for freshman to better understand as well as prepare themselves for their coming years at Jefferson.

“In certain places some people excel more than others, so in those parts of projects it’s best to follow their lead and switch on and off in that way,” freshman Michelle Cao said.

During junior year, each Jefferson student receives his or her MBTI information once again.  Many students see changes in their personalities while many also see that they have remained the same.  Either way, looking at the MBTI again offers students the chance to reflect on their time at Jefferson thus far.

“I didn’t think they were very accurate, to be honest,” senior Vaidehi Patel said. “For example, I know I was definitely more of an introvert back in freshman year, while now I’d say I’ve become more extroverted. The test said the exact opposite.”