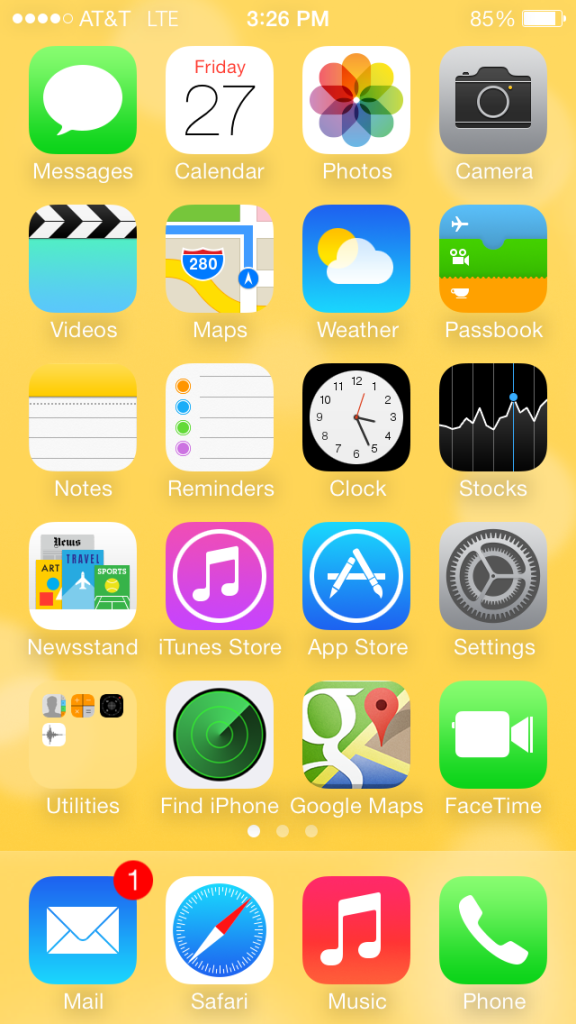 With a slick new look and a load of new features, iOS 7 is one of the biggest changes in the mobile operating system since its inception, and has already gotten the press to prove it.

The first eyecatching design change is the new take on the visuals in iOS. Described by some as ‘flat,’ the aesthetics are designed to be easy to the eye but also give a sense of the content on the screen. For example, most headers and footers in application environments are semi-transparent, so they change with the content behind them. All the icons have been redesigned to fit this new theme. These aspects of iOS 7 alone make it feel like an entirely new Apple device.

As smartphones are becoming more prevalent for individuals of all ages to possess, teenagers have been holding their own. A large number of students at Jefferson own Apple products, and many of them have been reaping the rewards of iOS 7 on all their devices.

“The way the visuals from the upgrade work together form a spectacle to the eye,” sophomore Ryan Gottwald, who upgraded his iPad Mini, said. “I like how the apps in the background take a snapshot of their screen for multi-tasking.”

However, some iOS users do not appreciate the drastic and sudden changes that iOS 7 entails.

Another new theme in iOS 7 is the dynamic content. When entering the passcode in the lock screen, the colors of the buttons change with the lock screen image. Even the icon of the clock application now has an increased interactivity, showing the user’s current time from the main screen.

One of the biggest new features in this release is the control center. Designed to give you easy and quick access to key settings from anywhere, it now allows you to toggle between Bluetooth, Wi-fi and any other application.

An entirely new feature included in the iOS 7 release is AirDrop, a file sharing service that was adopted from Mac OS X. Similar to the concept of near-field communication (NFC), it allows users to share files such as photos and contacts to others in the vicinity.

Every new change and update in technology causes both an uplift for enthusiasts and revitalization for critics. The new iOS 7 update is no different, with students espousing it’s advantages, condemning its shortcomings and all levels in-between.

“The new iOS 7 is a visual overhaul, but does not add much functionality,” sophomore Matthew Sun said.