“Romeo and Juliet” fails to deliver 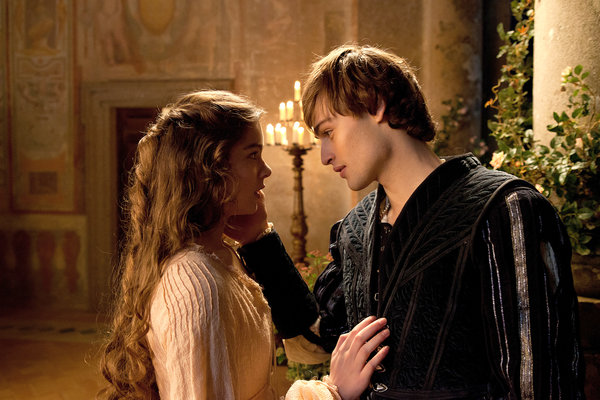 At the very end of William Shakespeare’s most famous love tragedy, the Prince of Verona proclaims, “For never was a story of more woe than this of Juliet and her Romeo.” The most recent addition to the numerous film adaptations of this play took this message to heart, leaving audience members confused on whether they found the film enjoyable or downright disappointing.

The film opens with a jousting match between the Montagues and the Capulets that comes off as unfamiliar to anyone who has read or seen the play—that’s because it was completely written by Julian Fellowes, who also took many liberties in tweaking the words and blatantly inserting lines never uttered in the original text. Another unnerving change is Mercutio’s change to a Montague, when the whole point is that he’s neither a Montague nor a Capulet, yet finds himself caught in the two households’ feuds. Additionally, Juliet’s hotheaded cousin Tybalt is turned into an almost animalistic character, and his fight with Mercutio is morphed from one where the two joke around to what seems akin to a gladiator duel. Fellowes’ rewritten words lack the spirit of Shakespeare’s true text, and really serve no purpose.

The two leads, Romeo and Juliet, played by Douglas Booth and Hailee Steinfeld, respectively, are awkward as a couple. Booth fares better than Steinfeld, seeming much more familiar with Shakespearean language, and his pretty-boy looks are fitting for his role. Steinfeld rushes through nearly all of her lines, particularly during the balcony scene. The two together are uneasy, perhaps due to the age difference between the actors—Booth was 19 when the film was shot, while Steinfeld was 15.

The film has some saving graces, however. Paul Giamatti is superb as Friar Lawrence, bringing a comic snap to the role, and steals the show from the leading duo. Kodi Smit-McPhee brings sweetness to the character of young Benvolio, who accidentally ends up foiling Friar Lawrence’s plans for the couple. The film was shot entirely in Verona and other Italian cities, creating a breathtaking setting for the tragic love story to unravel in.

Overall, the film saw both high and low points. The beautiful scenery and gorgeous buildings of Italy and excellent performances by Giamatti and the rest of the older cast members are alluring and captivating. However, it’s the lack of chemistry between the two leads, the botched Shakespearean lines and the silly additions of numerous non-Shakespearean phrases that leaves a bitter taste even after the two households settle their feud.