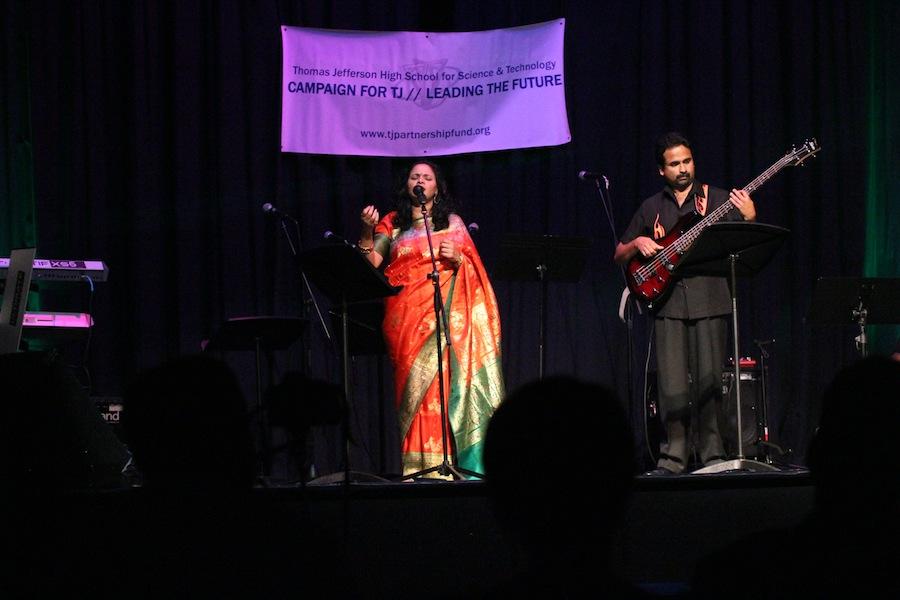 As the familiar melody of a classic Indian song resonated in the auditorium, the nostalgic audience clapped along to the beat, cheering as they revived old memories from India.

This concert marks the first performance of Desi Rain at Jefferson. According to Nagendra Arkalgud, the Events Chair for the Partnership Fund, Desi Rain usually holds one charity concert per year and in order to help with raising money, decided to hold one at Jefferson because of their belief in Jefferson’s mission.

Students were also encouraged to volunteer at the concert, especially with keeping the reservation list in check, managing curtains and setting up food.

“After seeing the progress of the construction, I volunteered because I felt that Jefferson would be greatly improved after the renovations are over,” junior Nihar Gudiseva said. “I believe that if everyone contributed a small amount of money, it would add up to the required amount.”

In addition, at the concert, parents and alumni were encouraged to pledge money. One program offers a plaque on one of 800 seats in the renovated auditorium to those who contribute $250 every year for four years.

“Our goal was to have as many people committed to the cause through pledges and donations,” Aristia Kinis, the Director of Development, said.

The Partnership Fund, a non-profit organization created to help Jefferson thrive, established the “Campaign for TJ” to raise funds necessary for more research facilities and cutting-edge equipment. Since the public funds provided by the county will only cover the cost of renovating the physical building, private funds from corporations, parents and alumni are necessary to provide the technology that makes Jefferson unique. The Fund is intensifying fundraising efforts this year.

“What makes fundraising different this year is that we’ve came out publicly for our campaign need for funds since the physical renovations have started,” Kinis said. “We’ve taken the opportunity to be very direct, especially to the parents, alumni and business communities.”

As of June 30, around $1.3 million has been raised from donations; however, the tech labs need a total of $8 million by the time renovation ends. Due to the success of the concert, Arkalgud is planning to hold more events, as well as continue events from last year, such as the tjSTAR dinner with corporations.

“The Partnership Fund will organize more fundraiser events to raise money for the school renovation,” he said. “It was successful in getting the word out amongst so many Jefferson parents about our capital campaign and the urgent need for our Jefferson families to consider donating to our school renovation efforts.”