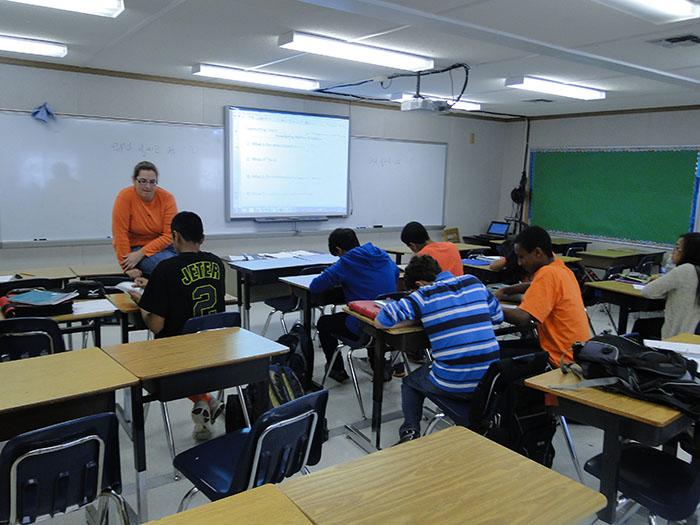 Some big and long-awaited changes are coming to the math department next year. On Sept. 18, the county accepted the math department’s proposal to change all of their classes below calculus level to semester courses. The primary reason is to allow students to take a statistics course their first semester of freshman year to prepare them for biology and chemistry.

In the new system, all students will take statistics the first semester of their freshman years. Following that, students that have not yet taken geometry will proceed into “Math 1,” and continue through all of the math courses. Students who have already taken geometry will proceed into “Math 2” or “Math 3,” depending on their results on a diagnostic test.

“We can get to know the students better in the statistics class, so we can help them determine whether it would be better for them to move into ‘Math 2’ or ‘Math 3,’” Razzino said.

The system is based off of the math system at several other magnet schools nationwide, including Illinois Math and Science Academy and North Carolina School for Science and Math.

“Many magnet schools across the country have their own courses similar but also separate from math courses offered in other schools,” Razzino said.

According to Razzino, the decision has been a long time in coming.

“We wanted to do this almost a decade ago, but lacked funding,” Razzino said. “Now we are receiving students that have more diverse sets of skills, and we want to be able to accommodate them. Now we can offer all students what they need.”