Is “Gravity” the final frontier of cinematography? 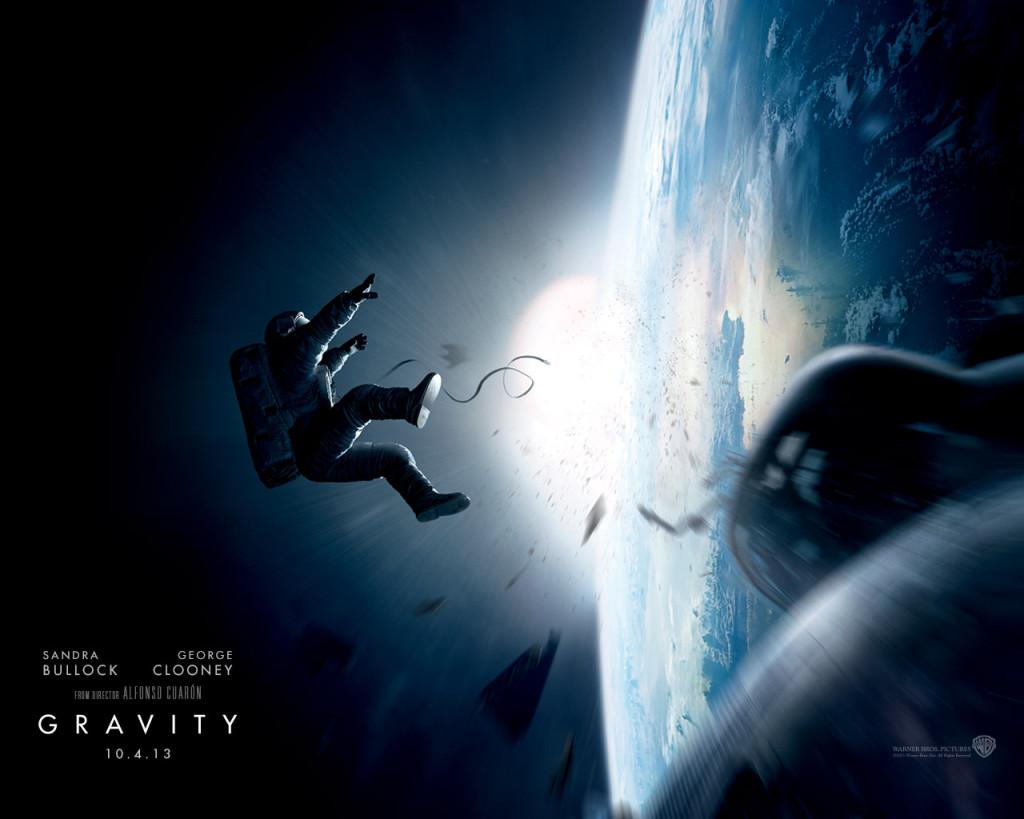 “Gravity,” directed by Alfonso Cuaron, is a thriller about a space catastrophe which leaves mission specialist Ryan Stone (Sandra Bullock) disoriented, alone and searching for a ride back to Earth. Not only does the film study human nature in times of crisis, but it also portrays life in the earth’s orbit from an astronaut’s point of view with shocking clarity.

When a piece of Russian satellite causes a chain reaction of space debris orbiting the earth faster than the speed of a bullet, the United States Explorer is caught in their path. George Clooney, who portrayed veteran astronaut Matt Kowalsky, accompanied Stone as they tried to make their escape before the debris could approach.

Clooney and Bullock made the perfect team, complementing each other with polar opposite characters and acting styles. Not only did they have the audience crying, but laughing as well, allowing for  the perfect balance of emotion throughout the piece.

“Gravity” truly grasped the essence of real life anomalies faced by astronauts, and used film shots inside the helmet of Stone’s astronaut suit at times to make the audience believe they were really in her situation. Bullock’s emotion seemed incredibly real, in a tangible way not often achieved in films.

I was pleasantly surprised when my expectations for the movie to have unrealistic details about space travel went unconfirmed. Cuaron was spot on with every aspect, from the nature of sudden anomalies on the International Space Station (ISS), to the landing and docking processes of space modules on the ISS.

Even the technology portrayed in the movie was currently being used by the National Aeronautics and Space Administration today giving the scenes an unparalleled realism.  Cuaron went as far as to include real life modules and orbiters in space today, such as the Zarya and the Explorer.

The set of the movie, in the orbit of the Earth’s atmosphere, was disturbingly real. Especially seen in 3-D, the film’s setting was beautiful yet terrifying. The special effects were so realistic, I might even go as far to say that they topped James Cameron’s ‘Avatar.’

Being interested in space travel and satellites myself, I loved every aspect of this movie. Cuaron’s special effects will be hard to beat in the cinematography world, and Bullock’s acting added the perfect touch of realism.