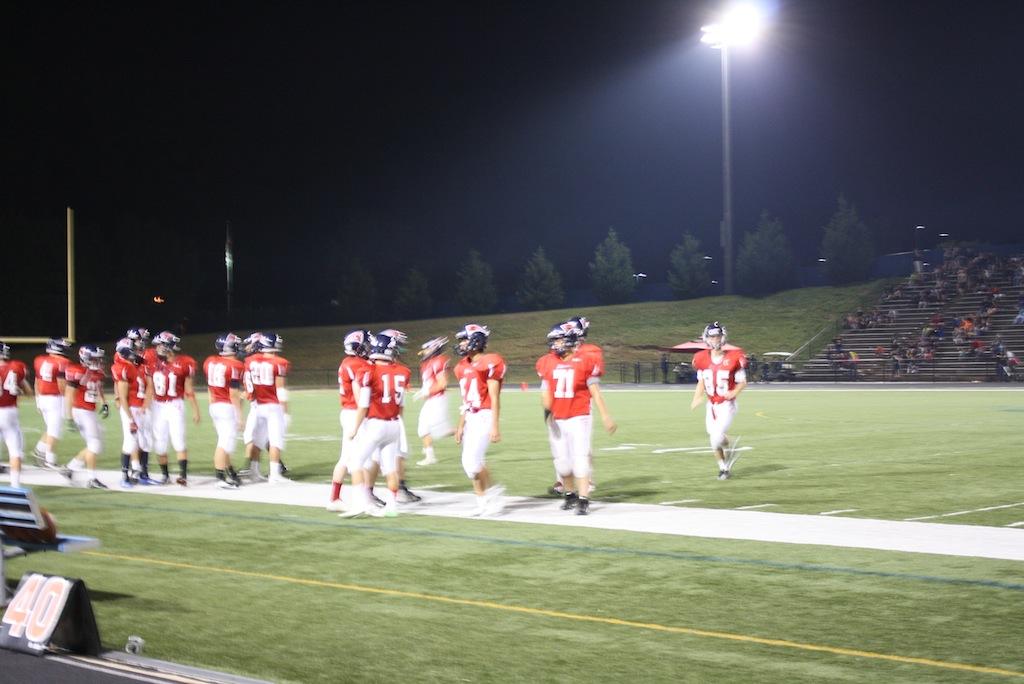 With the final score of 42-7, the Colonials were defeated by the Fairfax Rebels during their Homecoming game on Oct. 4. This loss for Jefferson puts their record this season at three wins, and two losses.

“We played well against a team that was a little better than us,” senior Arvind Gupta said. “We made a couple mistakes that stopped us from winning, but this showed us how we need to improve if we want to win in the future.”

During the first quarter, the Fairfax Rebels scored a touchdown on Jefferson, bringing the score to 7-0. The Rebels then scored another touchdown in the second quarter by taking the ball from a turnover and running it 37 yards, still leaving Jefferson with no points.

Scoring two more touchdowns after that, the Rebels ran past the Jefferson defense 85 yards for touchdown, bringing the score after third quarter to 35-0.

Finally in the fourth quarter, senior Nathan Kim scored Jefferson’s first touchdown in the game, bringing the final score to 42-7 with Rebels ahead.

Although Jefferson lost to Fairfax, the Colonial football team still holds the same expectations for their performance against South Lakes on Oct. 11.

“We’re going to win,” sophomore Randall Jones said, “because of our focus, skill and determination.”