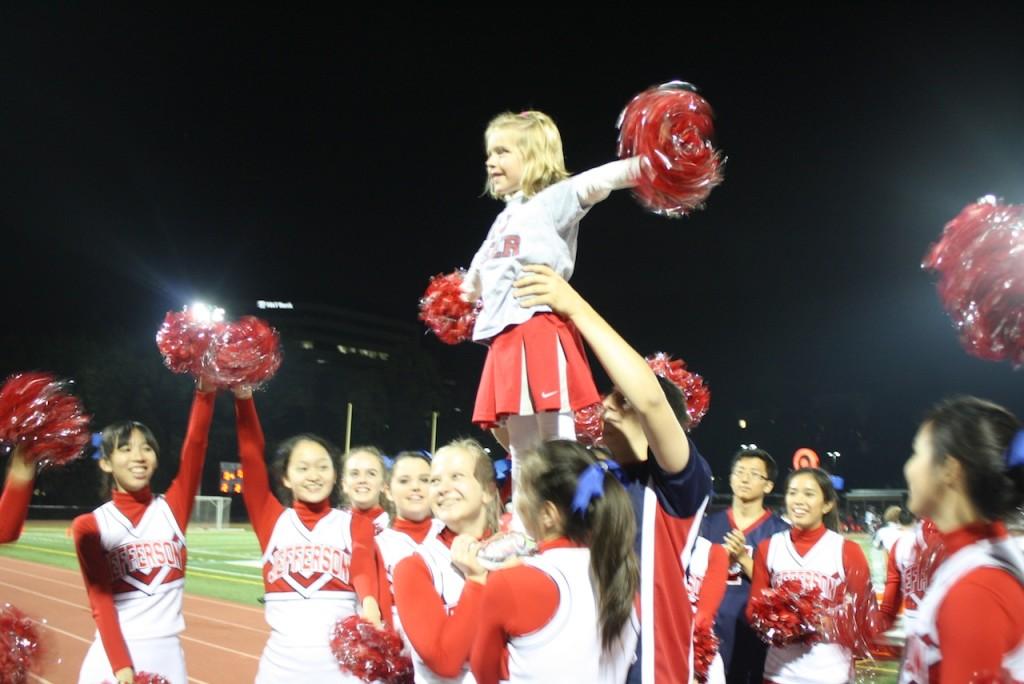 Stunting with Jefferson cheerleaders at the TJ vs. Marshall football game

The Jefferson Colonials celebrate their third win of the season against the Marshall Statesmen on September 27. With senior captains Tim Zhong, Arvind Gupta and Andrew Fountain leading the team, the Colonials won the game with final score of 38-7.

Nine seconds into the game, the Colonials were already in the lead when senior Nathan Kim ran the ball 52 yards for a touchdown, then scoring a field goal to bring the score to 10-0, Jefferson.

At 1:58 left in the second quarter, Jefferson scored another touchdown on the statesmen senior Tim Zhong, the quarterback, carried the ball for the score.

As the Colonials take their third victory of the season, hopes run high from all players for making it to the playoffs this year.

The Colonials taking another victory means more opportunities for the team to advance to the playoffs later in the season. So far, Jefferson has won three out of the four games the team has played.

“It’s good to keep the momentum going,” sophomore Andrew Howard said, “this way we will be going into the game against Fairfax with steam.”