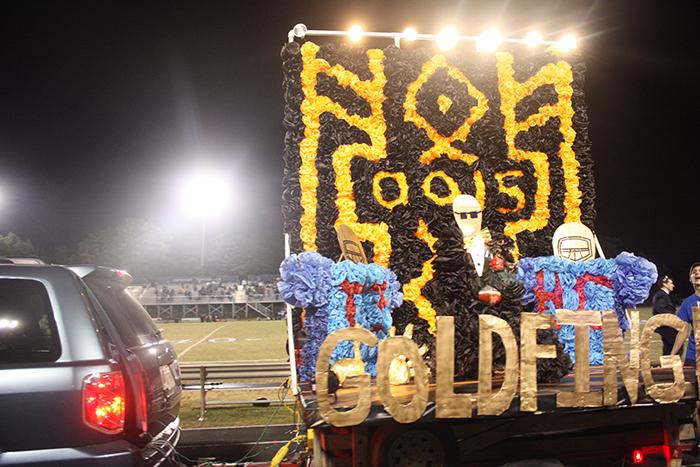 The winning float had an orange and black background with “0015” in the middle with backlighting. In the center were two paper-flower football players and one “James Bond” made of paper flowers.

The senior float had an American flag background made up of flowers with a spinning “White House” in the center, and the sophomore float had a cardboard city in the center with a “night sky”-style background. The freshman float had “scary trees” and a paper-flower 2017.

According to float committee member junior Mikaela Ruiz-Ramon, the junior float deserved to win because of the attention to detail in the float and the time put into the construction.

“I think our float was the most well put-together in terms of flowers and we put a ton of effort into making sure it met all of the requirements and had the most flowers,” Ruiz-Ramon said.