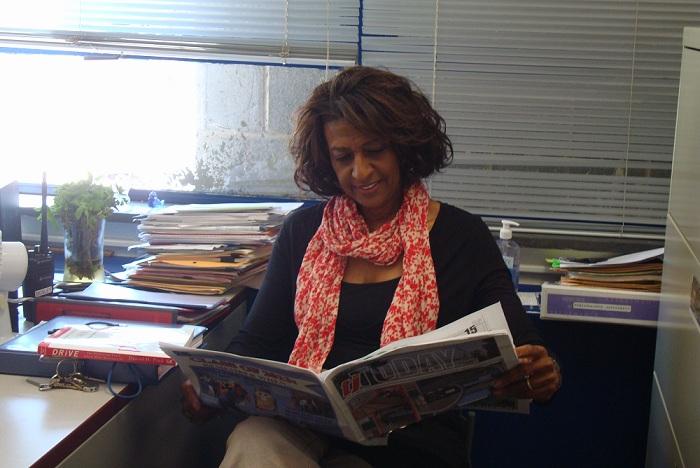 Assistant principal Mary Ann Bosley will be retiring on Sept. 30, 2013

After spending 14 years as a member of the Jefferson community, Assistant Principal Mary Ann Bosley will be retiring on Sept. 30. At Jefferson, Bosley was responsible for monitoring two of the four grade levels since her arrival in February of 1999.

Bosley is looking forward to spending her time relaxing after her retirement, doing things such as meeting her family, traveling and getting to know her neighbors.

“I plan to get back to doing yoga, just breathing in fresh air, and getting home so that I can really see my house before its dark,” Bosley said.

During her years at Jefferson, Bosley loved the family-like atmosphere of the school community, with new families of students coming in every year. She also enjoyed meeting parent volunteers, some of whom have been assisting the Jefferson community for many years.

“We have parents who have been volunteering at Jefferson since before I came and are still volunteering,” Bosley said.

Bosley believes that Jefferson students should focus on honesty and integrity as well as the true value of academic education. She hopes that the students will learn to believe in themselves even after their graduation.

“We have always had the idea of building a better community,” Bosley said.

Bosley noted that her most treasured memories at Jefferson came from witnessing the continuous change and evolution of the school.

“You may come in today and something different is going to happen, not only in the area of education itself or curriculum, but the idea of the students having changed over the years,” Bosley said. “There is always something different, something to look forward to.”