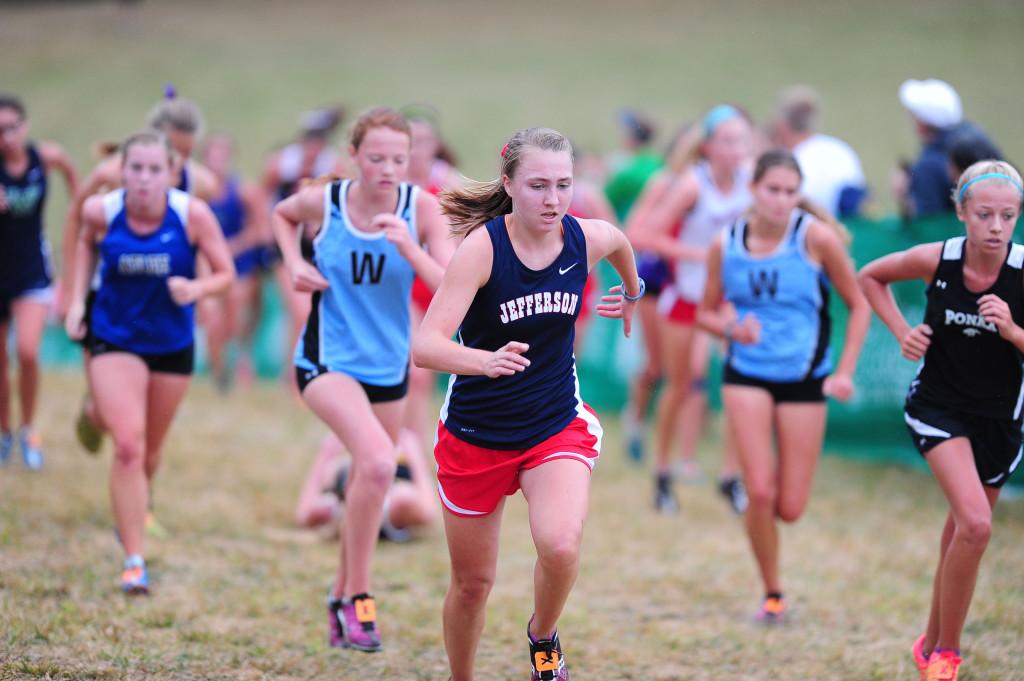 Junior Haley Stumvoll fights her way up the infamous "Wall" in the Varsity A girls race.

One of the largest meets of the season, the Oatlands Invitational draws teams not only from Virginia and nearby Maryland and D.C., but also from states as far away as North Carolina, New York and Colorado. This year, over 3,600 runners from 93 teams competed on the historic Oatlands Plantation’s five-kilometer course.

The Oatlands Invitational served as an important progress marker in that it was the first five-kilometer race of the season. In addition, athletes were able to familiarize themselves with the course.

According to Shoemaker, who placed an impressive third in the JV Underclassmen girls race, the cool weather led to ideal race conditions on the tough course.

“The JV underclassmen teams did especially well considering that, for many of those athletes, this was only their third high school race ever, and the largest one of the three by a wide margin,” Shoemaker said. “Over the next few weeks, I think the team is hoping to continue to assert itself as one of the top programs in our section, and possibly in the state.”

The 5A Sectionals race, which determines whether or not Jefferson will advance to the state championships, will also be held at the Oatlands Plantation on Nov. 7.