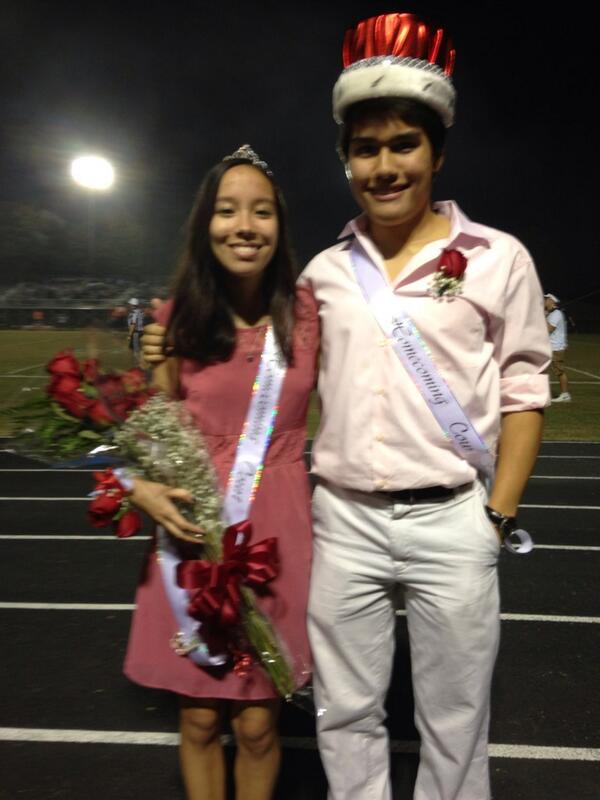 Seniors Ben Andre and Liesl Jaeger were announced as Homecoming King and Queen at the Homecoming game against Wakefield High School on Sept. 20. Photo by Yena Seo.

Receiving a bouquet of red roses, sashes and crowns, seniors Ben Andre and Liesl Jaeger were announced as this year’s Homecoming King and Queen during the Homecoming football game against Wakefield High School on Sept. 20.

“I’m so happy that Liesl and I won,” Andre, who has been dating Jaeger since their freshmen year, said. “We’ve been so happy together for such a long time that it feels really good to win.”

Seniors Yana Kaplun and Richard Wang, and Stephanie Hoang and Raeford Penny were also candidates for King and Queen.

As a part of the annual Homecoming tradition, students nominated couples through Intranet to take part of the Homecoming court. Other than the senior class, the couples from each grade with the highest votes are named to the court.

“Being on court with Jenny was the best experience,” Desai said. “She is my best friend and I was really happy that we got to share an awesome moment together.”