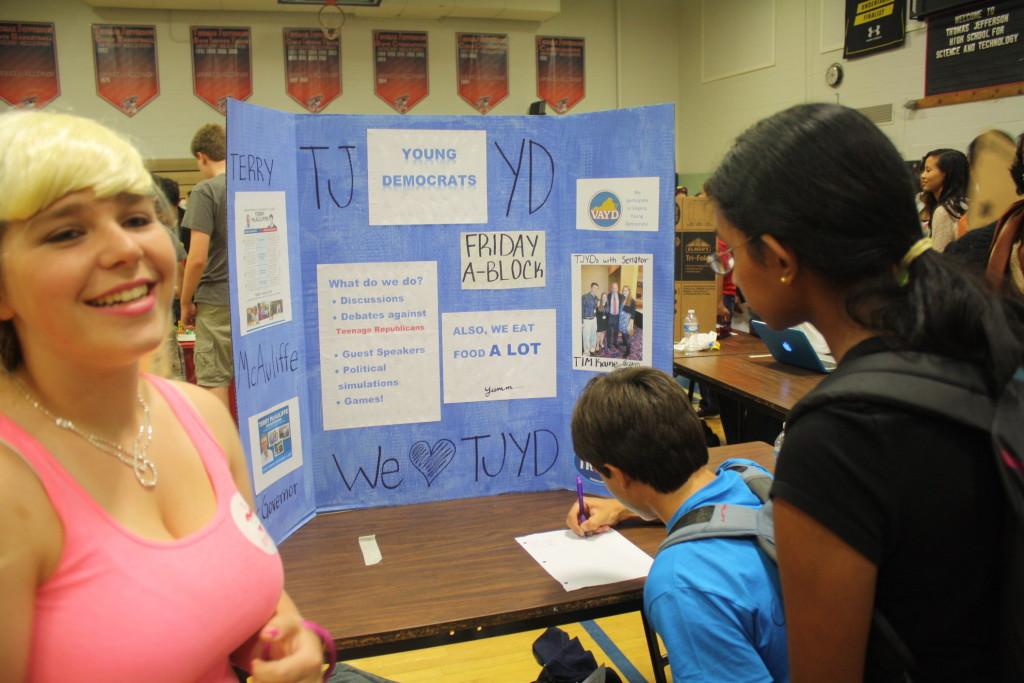 Five minutes to 3 p.m. on Sept. 18, the main gym is being set up for the eighth period activity fair rather quietly.  Less then ten minutes later, the gym is bustling with freshmen eager to find out how and where they will spend their eighth period club blocks.

With over a hundred clubs, from Astronomy Club to Young Democrats and Shakespeare Troupe to Physics Team, the activity fair is an overwhelming experience for freshmen and club leaders alike.  Posters, flyers, and candy attract potential members to clubs’ booths, where freshmen receive information about each club.

As such an integral part of the Jefferson experience, it is important for students to find clubs that they wish to be a members of.  With eighth period starting so early this year, it is critical that freshmen find things to do before clubs start next week.

“Without the fair, I would have no idea what clubs there were or what they even did,” freshman Jessie Shen said.  “On the Intranet, the club descriptions aren’t very descriptive.”

It is also equally important for clubs to be able to recruit new members.  Without the activity fair, many clubs might not be able to find new members.

“Working a booth is crucial for TJ’s rowing team because most freshman arrive with no previous exposure to the sport,” senior Virginia Wordsworth, a crew captain, said.