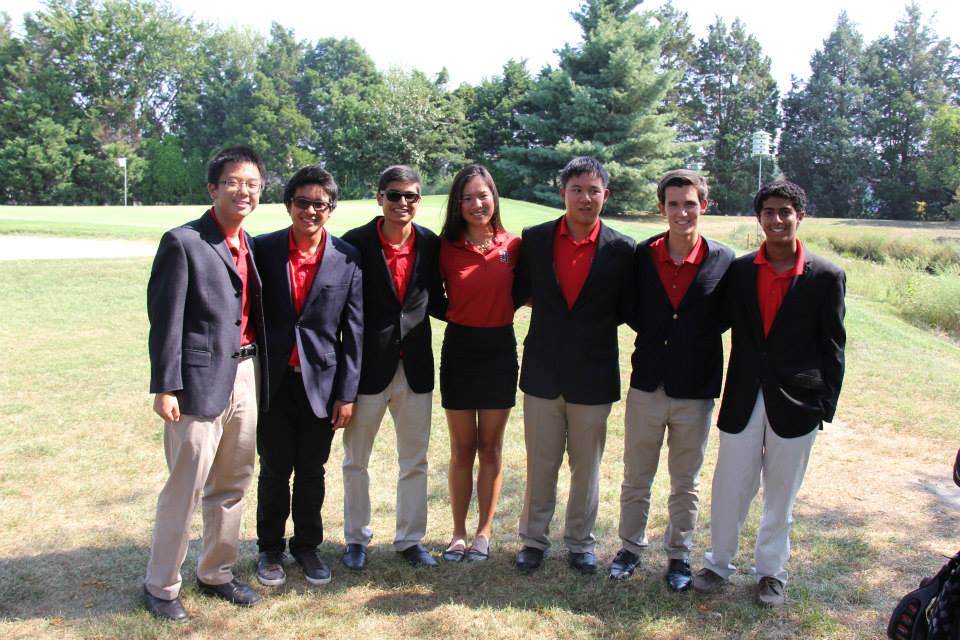 As anticipated, the CoEd golf team wrapped up an extremely successful season. After their last victorious match against Marshall High School on Sept. 11, the team ended with an impressive record of 6-1, the highest for the past few seasons.

Players attributed their success this season to a stronger sense of teamwork and camaraderie, despite the fact that golf is more of an individual sport, as well as stong players, such as sophomore Nathan Chuwait and junior Julie Luo, who placed first and second in last year’s Regional Tournament, respectively.

“We had more practices together this year, and after each match or practice, we would try to go out to dinner together as a team,” Luo said. “We discussed our strengths and weaknesses and tried to help each other improve as players.”

Head Coach John Myers believes, however, that the growing interest in golf helped bring more passionate players to the team.

“Every year, more golfers come out for the team and the prospects get better as they are more skilled than the previous group. We also keep a larger group than some schools, since I do not like to cut players who have a genuine love of the game,” Myers said. “I think these new younger players will improve over the next year after they see what high school golf is all about and what they will have to do in order to crack the starting line-up.”

In addition, players trained hard on days when they didn’t have practices in order to improve.

“We are always being challenged by each other to play even better. I think the team was so successful this year because we took the initiative to have extra practices besides the once-a-week team practices,” senior co-captain Chris Prak said. “On weekends, some players would go play practice rounds at other courses where upcoming matches were going to be held.”

Although the regular season is over, the team faces championships, such as Districts and Regionals. Last year, they placed third in Districts, after rival schools, Langley and Madison High Schools, and hopes to continue that success this year. However, due to Jefferson’s move to another district, the team does face different competitors.

“We would like to establish ourselves as one of the top programs in the new Conference 13 alignment and the new 5A North Region,” Myers said. “I know I will miss the old Liberty District and Northern Region, but I will welcome the challenge of competing with new schools and golfers.”

Luo, who will be captain next year, is excited to lead the team, and even has interesting plans up her sleeve.

“This year, seniors were really great captains and I’m excited to follow in their footsteps. Although we will miss the graduating seniors a lot, they will never be forgotten,” Luo said. “We might also have an alumni match next year, where the players on the team can compete against the players that have already graduated, which I’m already really excited for.”

However, the graduating seniors will miss the memories they created while golfing with the team as they depart for college.

“I will miss the friendships I have made. What I find the most interesting is that most of the people on the team aren’t people I would befriend if it weren’t for golf, solely because we’re all just part of different friend groups,” senior Jaidan Ali said. “But golf has brought several unique personalities together in a spectacular way. We all have different strengths that, on or off the course, mesh perfectly as a team.”