Students flock to Back to School Bash 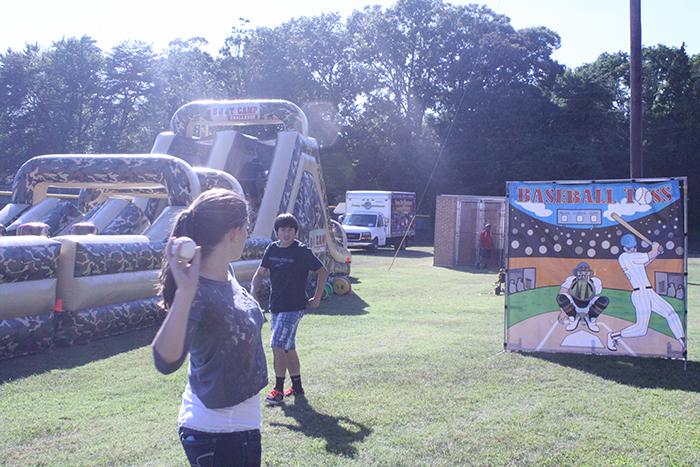 Two students stood poised at the entrance of the obstacle course waiting for their cue to start. The others crowded around expectantly and watched as both competitors disappeared into the inflatable boot camp, racing against their friends while meeting each of the challenges.

The boot camp obstacle course was just one of the activities offered at the Back-to-School Bash on Friday, Sept. 6. The Bash is an annual PTSA-organized event held every school year on the Friday of the first week of school. The Bash is held in conjunction with the first home football game of the season, which took place against Stuart High School.

“I thought it was a lot of fun. I especially liked the bouncing house, but I wish there was a dunk tank for the teachers because that was really fun,” sophomore Chantal Iosso said, referring to one of the more popular events held in the Bash last school year.

This year, in addition to the obstacle course activity, students had the opportunity to participate in a beanbag toss and carnival style sports games including baseball, basketball and golf. However, a majority of the students also seemed to be socializing with friends, with a few even dancing to the music that was playing in the background.

Although most of the returning students may have considered the Bash a social event that provided time to catch up with their friends, the freshmen viewed it as time to become further acquainted with their classmates.

“The Back-to-School Bash really builds a sense of community here at TJ,” PTSA President Grace Becker said. “It welcomes all the students back to campus and supports the colonials as they throw the first throw of the football game.”