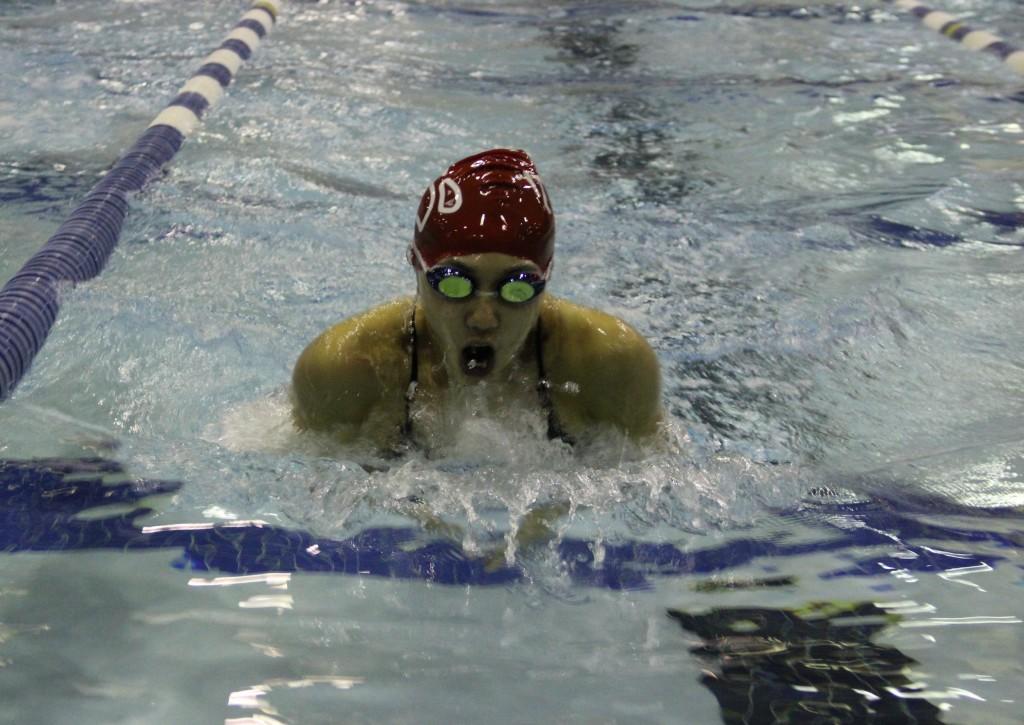 The Seliskar brothers swam where very few have gone before at the Virginia AAA Northern Region swimming championships on Feb. 4. While Oakton High School won the meet as a whole, freshman Andrew and senior Stephen took home a total of five All-American times between them, with Andrew setting a regional record.

The two brothers have worked their way up the ranks in area swimming, rising from a local swim club to training at the famed Curl-Burke swim club, which has produced four Olympic gold medalists.

“Curl-Burke swim club is world renowned. It’s put out Olympic gold medalists like Tom Dolan and Ed Moses,” Stephen said. “They’ll definitely help us pursue whatever we need to do.”

Andrew and Stephen swim year round for three teams, training eight times a week.  They compete for McLean Swim and Tennis, where they got their start as five- year-olds, Curl-Burke, and Jefferson Swim and Dive.

Andrew, being younger, had some catching up to do.

This year was the first time that the two were able to swim for Jefferson together, sparking debate about which brother is the better swimmer.

“In all seriousness, he’s better for his age group,” Stephen said. “He’s better against 15-year-olds than I am against 17-year-olds.  In terms of actual times, we’re about even.  We switch off.”

Stephen was recruited to swim for the Boilermakers at Purdue University in Indiana. When asked if he wanted to pursue the sport in his adult life, he was certain of what he’d do.

“It’s a life skill, it’s not something you can just drop,” he said. “If I don’t get a good practice in on a day, I actually just don’t sleep as well at night. I’ll definitely keep fitting it into my schedule.”