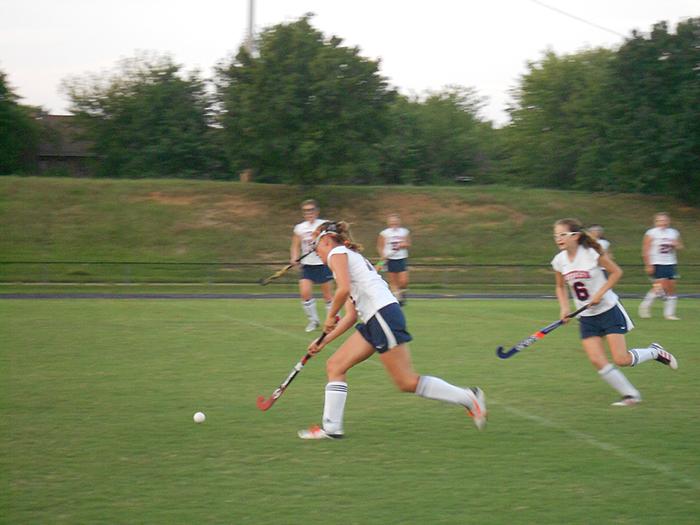 The Jefferson girls’ field hockey team left the field on Aug. 30 feeling triumphant after their 6-0 victory against Wakefield High School.

With a record from the previous season of seven wins, two ties, and 10 losses, the new varsity field hockey team wants nothing more than to prove themselves a better team in this coming season. It seems that they are off to a good start.

“I think we have the opportunity to be very successful this season,” senior captain Ellen Mulé said. “We have a very well-rounded team and our team chemistry is very good.”

After weeks of rough pre-season practices throughout the summer, they are all excited to see their hard work pay off. The team’s preseason practices emphasize sprinting and fitness.

The practices also include working on skills such as tackling and dribbling as well as addressing offensive and defensive strategies through different drills. Though the practices are rough according to some players, all the players agree that the hard work pays off during their games.

“Games are exciting experiences,” said Mulé. “You get to see all of the hard work you put into practice come together.”

With a full season ahead of them, and one win already in their record, the team is all looking forward to the coming games. Most of the players are most excited for Senior Night, a game played against Langley High School on Oct. 17, as it is usually a game where they honor their seniors with gifts, food, and a hard fought game.

“Langley is a good team,” says junior Julia Casazza, “But we’re going to give them a run for their money.”

While Senior Night is still weeks away, they have many games in the next few weeks leading up to it. Both the players and coaches are excited at the prospect of a winning streak in these coming games.

“We opened the season with a strong win,” Assistant Coach Stefanie Vestal said. “We are definitely looking to continue on this track and are excited for the coming  game against Bishop Ireton next Friday.”