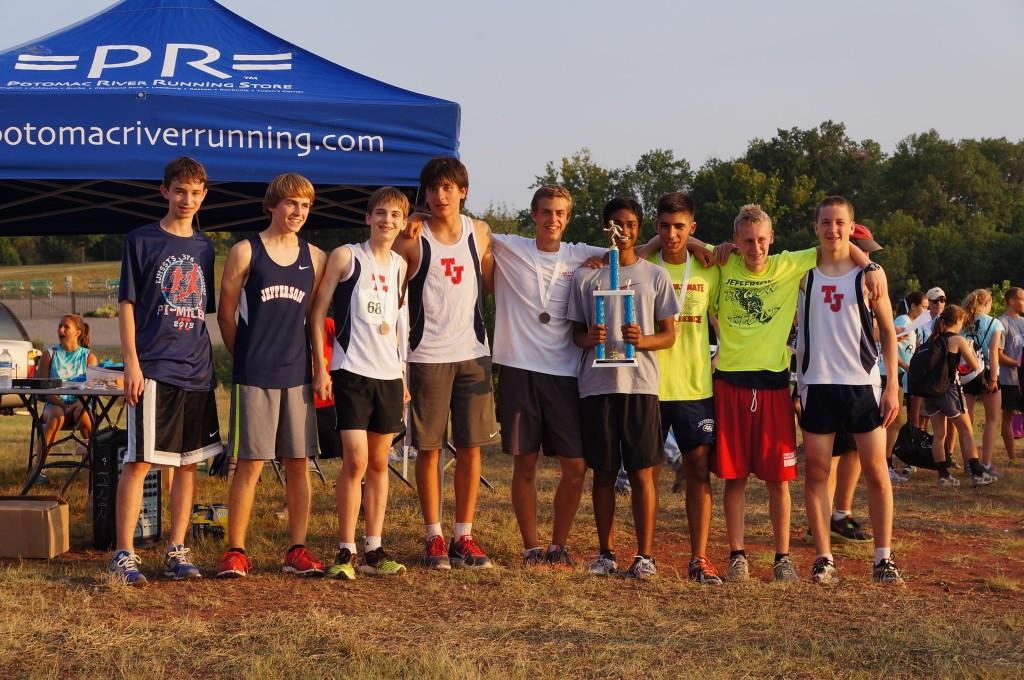 On Aug. 29, Jefferson’s cross country team started the season strong at the PR Kickoff Invitational, despite race conditions that were far from ideal due to the sweltering August heat.

“I was very pleased with the performances,” Head Coach Jeff James said. “I hope to see continued improvement and more pack running throughout the season.”

Several athletes had noteworthy performances, including freshman Abigail Shoemaker, who placed second in the freshmen girls race, and freshman Saurav Velleleth, who captured the individual title in the freshmen boys race.

Most notable were the freshmen girls, who placed first in their race, while the freshmen boys were narrowly edged out to take second. When the results for all sections were merged, the girls placed fourth overall, while the boys were the overall team champions, despite the fact that some of the team’s top runners were missing from both sides.

“We had a promising opening meet,” Ahlers and senior Jamie Simon, the boys varsity team captains, said. “The course was muddier than we expected – we were slipping and sliding like wet coins – but we relied on our training and made it through.”

The athletes are looking forward to improve on these initial times in upcoming meets, which will feature longer courses that are more typical to cross country.

“From freshman to seasoned varsity runner, everyone competed at their best,” Ahlers said. “It fills me with excited anticipation for this season.”