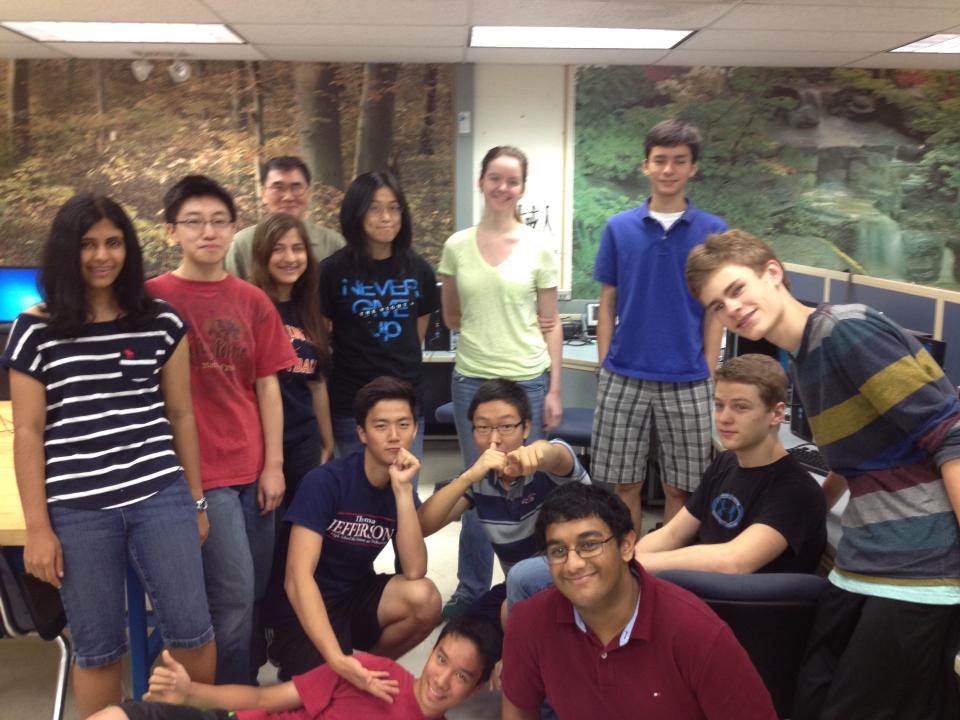 The graduating class of 2015 froshmores on their last day of design and technology class.

Every year, Jefferson hosts an orientation for the incoming freshman that includes speeches, questions and BigSib tours. The guests that seemed to be missed among the rest of the crowd, however, are the froshmores, the new sophomores, and the occasional frunior, a new junior, who also have an orientation that day.

Their orientation isn’t that different from the rest of the incoming students. They have the chance to ask questions, get a special tour of the building and get to know their new peers. The only difference is that their BigSibs are exclusively former froshmores and fruniors like themselves who can give them applicable advice from their experience of a later start at Jefferson.

“The best part of orientation is the question and answer session,” junior Brandon Kim, a former froshmore, said. “I really reflected on my own experience of being a froshmore and had the chance to help others through my advice.”

At their orientation, many of the incoming froshmores were a bit nervous about entering Jefferson a year later than the rest of their peers, but the majority was excited to face the challenge and new experience. Most of their nerves were associated with how they would manage the workload and get involved in the Jefferson community through sports and clubs.

“I’m looking forward to meeting new people and taking all the fun and interesting classes I couldn’t have taken at my base school,” new froshmore Charlie Lertlumprasert said. “I’m super excited and nervous at the same time.”

The orientation assuaged many of the incoming froshmores’ fears and answered all of their questions. Most importantly, it allowed them to fully understand the experience they would be going through in the coming year. The Big Sibs were able to help the new froshmores and frunior to understand what the year would be like and what expectations to have as they had all been in their position just a year or two ago.

“I got more connected to the people who were in the same shoes as me,” new froshmore Charlie Guan said. “I am now ready to begin my life at TJ.”

The difference this year from previous froshmores orientations was the new frunior in the crowd. For weeks prior to his arrival at orientation day, messages were all over Facebook as information of the new student to the class of 2015 spread quickly. Becoming quite a celebrity before he even entered the school, junior Chad Munger came to orientation with the rest of the new students ready to face the new school year. He described his experience in saying that the moment he introduced himself as a frunior to anyone, students or teachers, they automatically knew his name.

“I think having a new junior will be an interesting experience,” junior Zane Marius Rossi said. “I look forward to helping Chad to adjust to a new and exciting life here and face the challenges and rewards that are TJ.”