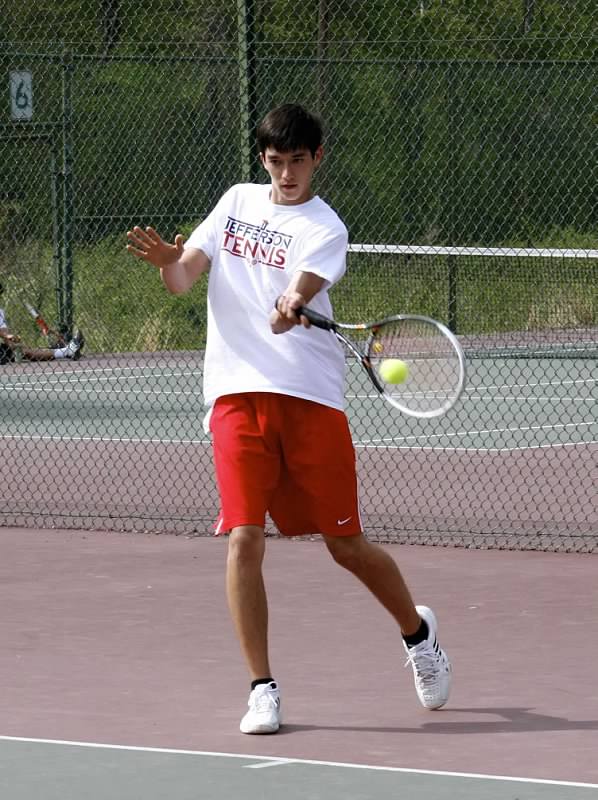 Senior Chris Vrabel was one of the Colonial athletes selected for All-Met recognition.

“I am honored to have been chosen as All-Met Coach of the Year, it was very humbling,” Myers said.

Senior Chris Vrabel was chosen for the All-Met First Team for boys’ tennis.

“Our coaches pushed us to always strive to improve,” Vrabel said. “It is certainly an honor, as being All-Met is a huge accomplishment for a high school athlete.”

Freshman Nathan Chuwait was named to the All-Met First Team for golf after a successful fall season, when he won the Liberty District and Northern Region titles and became the youngest player to win the latter. Sophomore Julie Luo was selected as an honorable mention.

“I think the reason that I was successful this year was because of all the practice. I received great support from my coaches and teammates,” Chuwait said. “It feels great that the hard work that I put into my golf game is paying off.”

“It’s incredible to be considered amongst those who have received the honor in the past, as some of them are Olympic bound and are somewhat famous in the world of rowing,” Bartlett said. “I am so honored to be chosen, and it means my coaches and peers have noticed how hard I’ve worked for success in rowing over the past few years.”

“It was a great honor to be chosen as an All-Met,” Gibson said. “It really brings together all of the hard work both my teammates and I put in over the past four years as a part of TJ Crew.”